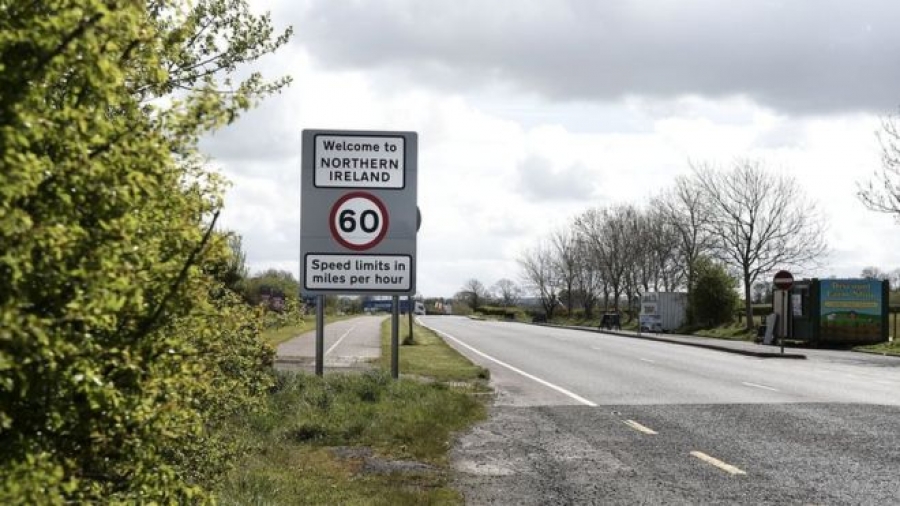 The government has said it does not want any border posts between Northern Ireland and the Republic of Ireland in its new position paper on Brexit.

The paper is part of its negotiations with the European Union and the broad ideas in the document appear familiar.

It suggests a "new customs partnership" or a "highly streamlined customs arrangement".

Brexit critics have complained that the UK's proposals lack credible detail on how that aim could be achieved.

Northern Ireland is the only part of the UK which will share a land border with an EU member state when the UK leaves the EU in March 2019.

The future management of that border is a highly sensitive issue and is one of three main priorities in UK-EU Brexit negotiations.

The paper says the government does not want to see any physical infrastructure at the Irish border.

As revealed on Tuesday, Brexit Secretary David Davis wants a limited transition period to implement any new customs arrangements, including considerations relating to the "unique circumstances" of Northern Ireland and the Republic of Ireland.

The government has repeated its desire to maintain the Common Travel Area and the rights of UK and Irish citizens, and to uphold the 1998 Good Friday Agreement.

Both the UK and Irish governments have repeatedly stated their opposition to a hard border, but the situation is complicated as the UK intends to leave the EU's customs union.

The position paper sets out two "broad approaches" to future customs arrangements that the UK hopes will help to prevent physical customs posts along the Irish border.

The suggestions are a "new customs partnership" or a "highly streamlined customs arrangement".

The paper suggests the second, "highly-streamlined" arrangement could include:

The paper also dismisses the idea of a customs border in the Irish Sea, saying it would be economically and constitutionally unviable.

It recognises that all this needs to be negotiated with the EU, in the hope that the border between the EU and the UK will be as "seamless" as possible.

An Irish government spokesperson welcomed the position paper as "timely and helpful" as it offers more clarity on the UK's strategy.

However, they warned: "Protecting the peace process is crucial and it must not become a bargaining chip in the negotiations."

The spokesperson said leaders in Dublin would analyse the ideas in detail and discuss them with the European Commission and the EU's chief negotiator, Michel Barnier.

Campaigners who oppose Brexit say the re-introduction of a so-called "hard border" would severely damage the Northern Ireland peace process and have a negative economic impact.

Labour MP Conor McGinn, who grew up in Northern Ireland, accused the government of "vagueness and posturing".

"These proposals on a light touch border are lighter still on detail," he said.

"They don't outline how a frictionless or seamless border can be achieved when the UK leaves the EU and won't reassure anybody about the impact of Brexit on Northern Ireland."

Colum Eastwood, leader of the Social Democratic and Labour Party (SDLP), said the government seemed to be "effectively playing for more time".

"The British government is still not ready, or at least unwilling, to publish serious or credible proposals on Brexit," he said.

What is the customs union?

Countries in the customs union do not impose tariffs - taxes on imports - on each other's goods.

Every country inside the union levies the same tariffs on imports from abroad.

So, for example, a 10% tariff is imposed on some cars imported from outside the customs union, while 7.5% is imposed on roasted coffee.

Other goods - such as soap or slate - have no tariffs.

The UK has said it is leaving the EU's customs union because as a member it is unable to strike trade deals with other countries.