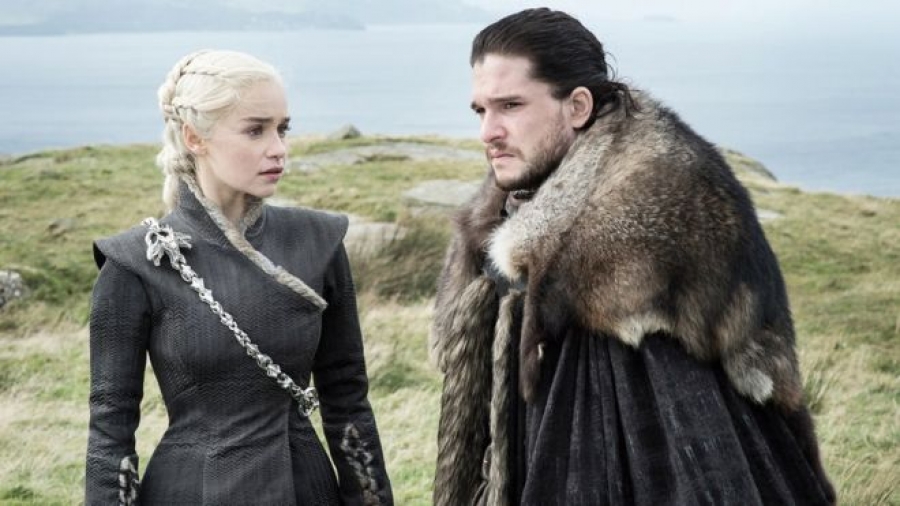 Indian police have arrested four people suspected of leaking an episode of the hugely popular TV show Game of Thrones before it was aired.

Three of the accused are current employees of Prime Focus Technology, while one is a former employee.

Prime Focus, a Mumbai-based company that stores and processes the series for Indian streaming website Hotstar, had lodged a complaint with police.

The fantasy series is already the most pirated show in TV history.

Episode four of the seventh season was leaked on 4 August, days before it was due to air globally.

The show produced by HBO has seen several leaks over the years. Most recently a group of hackers said they had stolen 1.5TB of data, allegedly including episodes of Ballers, Room 104 and scripts from Game of Thrones episodes. On Monday they leaked some of the unaired material.

The arrests on Monday were related to the leaked episode, not the most recent hack.

After receiving a complaint "we investigated the case and have arrested four individuals for unauthorised publication of the fourth episode from season seven," Deputy Commissioner of Police Akbar Pathan told AFP news agency.

The four have been charged with criminal breach of trust and computer related offences and will be detained until 21 August, he said.