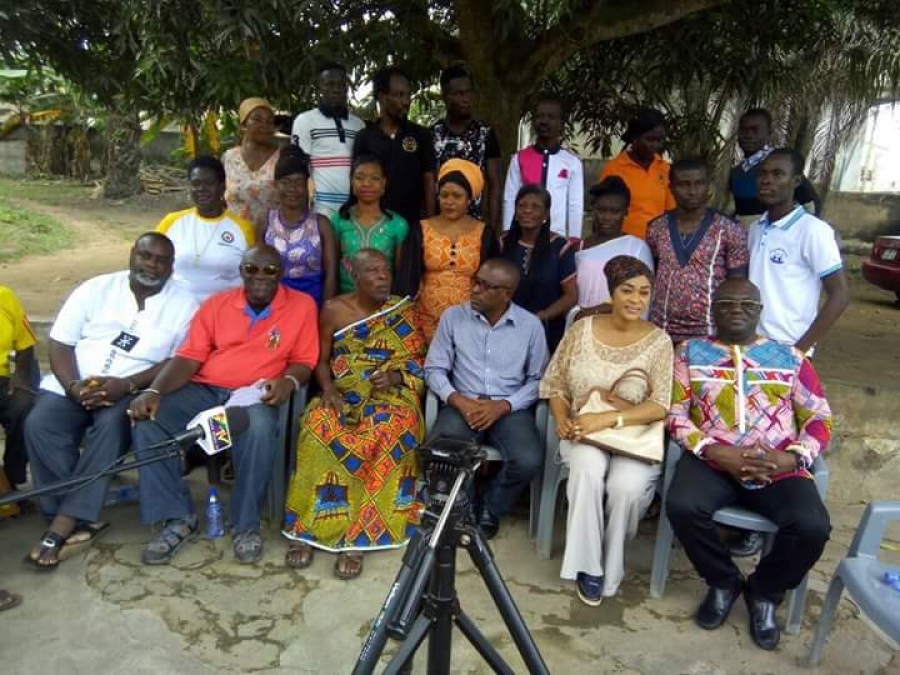 The leadership of Ghana Actors Guild has paid a visit to ailing actor and comedian Asonaba Kwaku Darko aka Super OD at his residence at Agona Swedru in the Central Region of Ghana.

Speaking to Citi Showbiz, Mr. Sam Fiscian said even though Super OD is not a member of the guild, they did this because he has paid his dues to the movie industry.

“I don’t know if he ever was a member but all I know is that currently, he is not a member of the guild. However, we acknowledge his contributions to acting in Ghana so we presented him cash and also a mobile phone so we can stay connected with him,” he said.

He also added that Super OD was not the first aged actors they had visited. According to Sam Fiscian, they have visited Ashanti Region, Volta Region, Western Region and the Central Region to donate same items to aged actors and register them as members of the Ghana Actors Guild.

“Despite the fact that we are financially constrained, we are going on a regional tour to meet our members, encourage new actors to join and donate to the aged and sickly members,” he added.

Super OD, rose to the prime of his acting career in ‘70’s and was also gained prominence in the ‘90’s for his comic roles in Ghanaian series, Akan Drama on Ghana Television.

The 82-year-old actor was part of the Oppong Drama Group which later became known as Osofo Dadzie Group.

Super OD is also known as one of the best stand-up comedians Ghana has ever had.