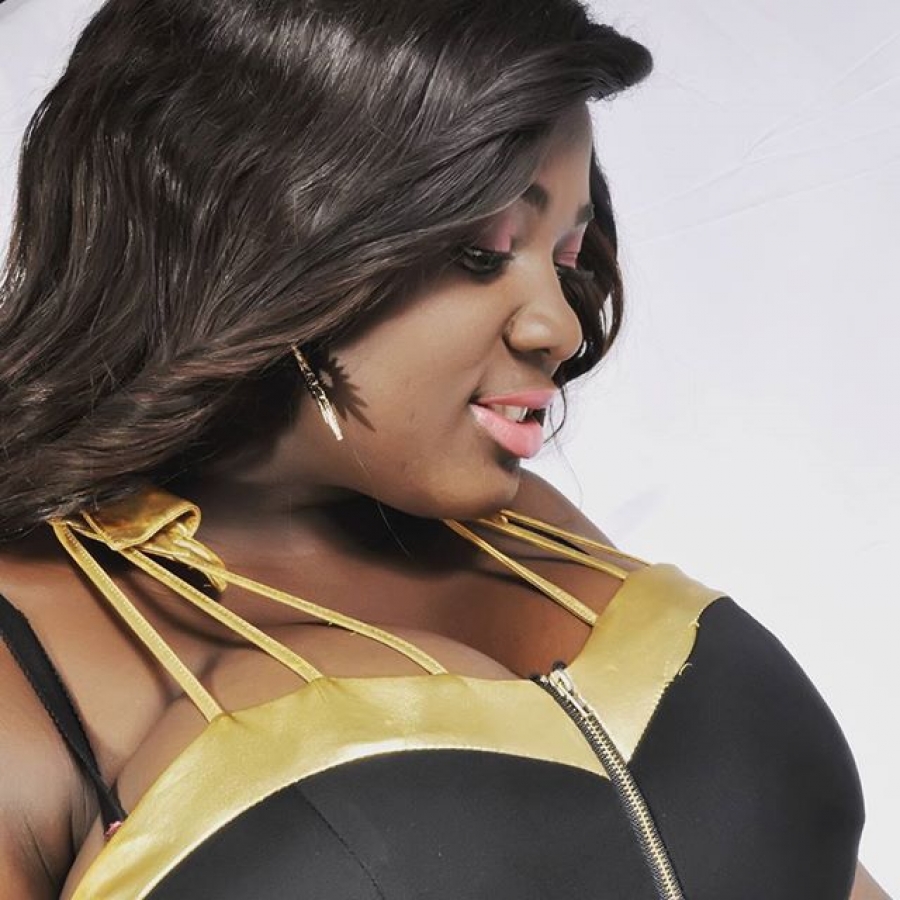 Praise us over sex scene instead of insults - Tracy Boakye Featured

Actress Tracy Boakye who has earned a heavy load of insults and criticisms for a sex scene in her movie Devil Between My Legs ever since it premiered in April this year believes she deserves praise instead.

The actress who is being accused of having real sex with actor Samuel Ofori, who directed the movie said she must be given the thumbs up for creating a scene so close to reality that people believe it is real when it is not.

“In fact, I think we should be proud that we acted realistically and it looked real and people actually believe it,” the actress told Showbiz from her base in Kumasi.

The sex scene lasted for about four minutes of the one hour 30 minutes movie produced by Tracy’s Shakira Movies which is about love and betrayal.

Though it was in the dark, with the help of light from outside of a window, one sees actor Samuel Ofori using his teeth to take off the blue and white underwear of Tracy who plays the lead role, Vero.

Samuel goes on to kiss her breast and then the cheeks of her naked buttocks wear a condom and proceed to have sex with her.

But Tracy says of the scene, “The sex in the movie is not real. It was acted. I am an actress and Samuel is, it is our duty to make movies believable and that was exactly what we did.

“Why would I do that? Have sex on set?

No, it is not possible. I am a professional and so is my colleague. We respect each other and cannot do anything like that,” she said.

Asked therefore what was real in the scene, she said, “the kissing, taking off my underwear and my naked butt showing, the condom are all real and it ends there.

Nothing else after that is real”, the actress who also runs a hair and beauty salon on the KNUST campus added.

I know who I am and that is what matters. I have come to believe that not all will like you for who you are so those who like me, should keep the love coming and for those who don’t, I don’t really care.”

The actress pointed out that people should not only dwell on the sex scene and deprive themselves of some of the valuable lessons Devil Between My Legs has to offer. “The film teaches us about forgiveness, how to keep one’s home, the consequences of cheating on one’s partner among others.

Tracey who is nursing plans to come out with a TV series has produced over 13 movies which include Odo, Run, Devil Between My Legs, Die Young, Liwin Tabitha Kum, Saman among others.

Answering a question if the production of movies is still lucrative in Ghana,

Tracy said, “of course it is, that is what has sustained me till now and once I can take care of myself and pay my bills then it is surely paying.”