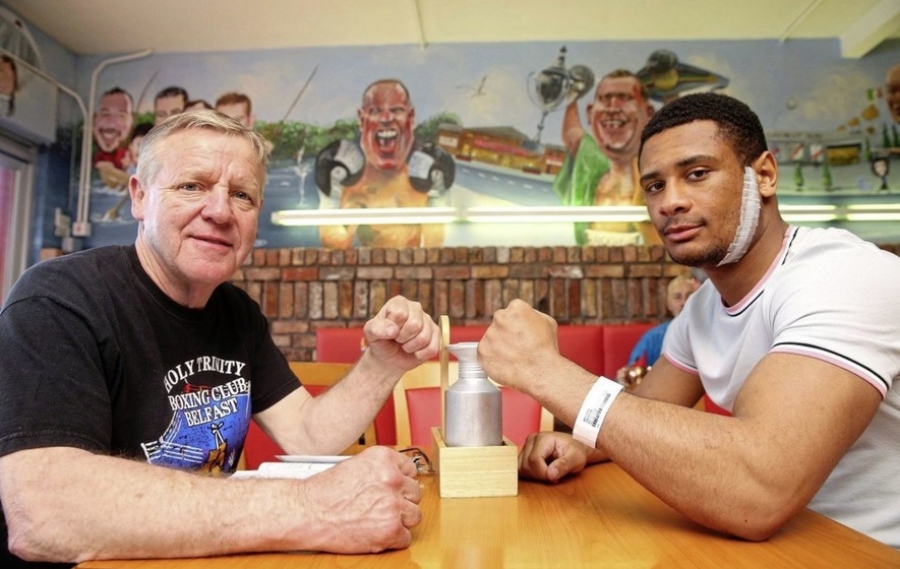 As he prepares for to fight on the biggest stage of his life, unbeaten light-middleweight Kieron Conway has credited his father for steadying the metaphorical ship at crucial times.

The promising 22-year-old from Northampton (8-0-KO3) has earned a slot on the Amir Khan v Samuel Vargas show at Arena Birmingham on Saturday; a card broadcast live on Sky Sports.

Full of confidence and ambition, Conway readily admits he often needs to be reined in in order to avoid mistakes both in and out of the ring.

Conway said: “I’ve been bad for getting ahead of myself in the past. I’ve been over-eager and my old man has to settle me down.

“It’s not just in the ring but it’s in the gym as well. My Dad is a massive influence on me. I don’t tell him that often though!

“My Dad is there for me 24/7 and no matter what time I try and get hold of him, he’s there. He’s always studying something that we can do to improve.

“As for sparring, we go absolutely everywhere. We’ve been to Liverpool and Manchester recently and I’ve been in with the likes of Tommy Langford and Jason Welborn. I’m still learning so much.

“I’ve learned a lot from the last fight. I was too eager there because I had the wrong mentality and didn’t try to open anything up. There were too many single punches.

“I’m going to settle down a bit and open things up more. Any other time, I could’ve got my last opponent out of there but I went about it the wrong way and it was another experience I’ll learn from.” 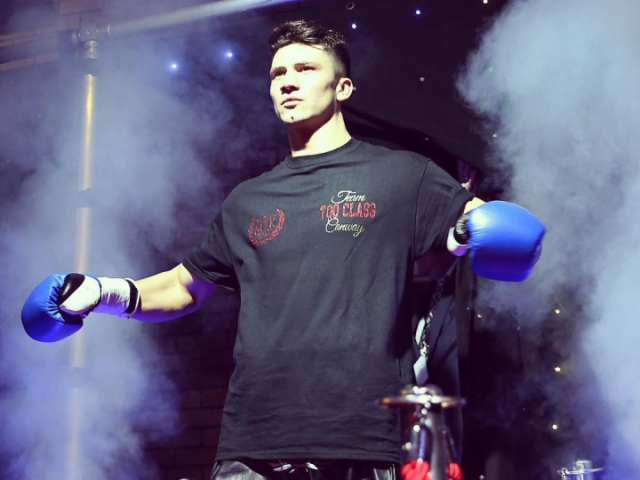 Unbeaten bantamweight Sean McGoldrick believes Wales is on the verge of a boxing renaissance ahead of MTK Global’s show in Cardiff on Friday.

The Newport star (7-0-KO2), who won a Commonwealth gold medal as an amateur, fights in front of his home fans at Vale Sports Arena on a card topped by former British and Commonwealth light-middleweight king Liam Williams.

With other local talents such as Jacob Robinson starring on the iFL-streamed card, McGoldrick is relishing the prospect.

McGoldrick said: “I’m really looking forward to Friday. I’m expecting it to be very loud in there and for it to be a great atmosphere.

“I’m excited for my friends and family to get to see me box without having to travel. I’m happy for them and I hope they all have a really good night.

“Liam Williams is probably Wales’ highest-profile boxer. All the fighters coming through look up to him and he’s a great fighter. It’s inspiring to reach the kind of levels he’s achieved and is going to achieve in future.

“Boxing is definitely on the rise and we’ve loads of talent down here. With MTK Global signing more of the Welsh fighters, I think it’s the start of something big.

“I’ll look to fight for a title before the end of this year. Sometimes it doesn’t work out but personally I think I’m ready to push on and start fighting for these titles.”

Joining McGoldrick and Williams on the stacked Cardiff card is MTK Global stable-mate Robinson along with a host of other big local names.

Belfast amateur Caoimhin Agyarko has signed a management and promotional deal with Frank Warren Promotions as he makes the decision to turn over to the professional ranks.

His decision to enter the pro game became easier after witnessing professional boxing first hand a short while ago in his native Belfast.

“I was invited down to Windsor Park for the Frampton fight by Frank and it was just an amazing experience. I met the team, the fighters and everyone were just great to me, it made my decision to sign a very easy one.

“Since I was seven years old it’s been a dream of mine to turn professional.” said the 21-year-old, a feat he has now achieved after a long and successful campaign in the amateurs.

“I’ve had over 130 fights, 110 of them in Ireland only losing 11 times. I won 6 national titles including an Irish senior national title earlier this year. I boxed 40 times for Ireland and boxed for them in the World and European championships.

“I also boxed in the WSB [World Series Boxing] for Italia Thunder in my final amateur fight in April and had a good win there as well.”

Agyarko won his World Series Boxing bout after being drafted into the Italian team and impressed in the professional-styled contest. He managed to defeat and impressively stop his French opponent in the fourth round of their five-round fight; the only boxer to claim a stoppage victory during France Fighting Rooster’s 3-2 victory against the Italia Thunder.

Despite all his success, it was missing out at the pinnacle of the amateurs which was the catalyst to his decision to turn professional.

“My goal was to go to Rio [2016 Olympics] and The Gold Coast [2018 Commonwealth Games] but I narrowly missed out on both.

“I was going to stick around for the next Olympics because I was number one in Ireland and the qualifiers were just around the corner but personally it just felt like it was the right time to turn over to the professional ranks.” said Agyarko.

He continued: “My style of boxing is built for the pro’s and even from a very young age, turning pro is something I’ve always wanted to do.

“I’m one of those fighters which have no problem going on the back or front foot. I’m a big hitter for a middleweight and people think because of this I can’t box but I do like to use my speed and my boxing ability to beat opponents as well and can adapt to any fighter I face.”

Turning professional means Agyarko will be moving away from Belfast’s Holy Trinity boxing club and has migrated to London to join up with boxing trainers’ Al Smith and Eddie Lam at the iBox Gym.

“It’s a great gym with great fighters like Bradley Skeete, Johnny Garton, Johnny Coyle. I was over for twelve days training with them and I enjoyed my time there, so I decided this is where I want to be trained.”