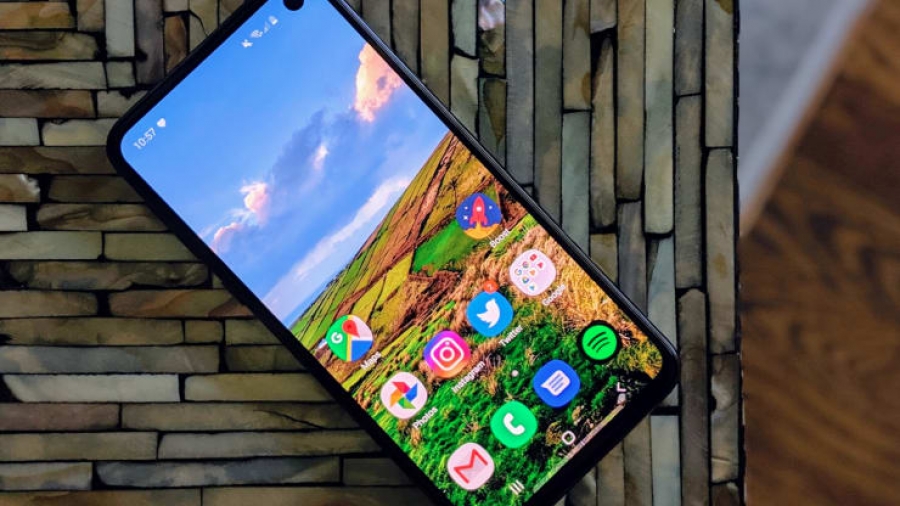 You don’t need to spend $1,000 for a phone, so consider these great alternatives Featured

You don’t need to spend $1,000 or more for a new phone. You can, if you just have to own the latest and greatest, but there are a lot of good phones that cost far less. Phone makers know this.

Google recently began selling its Pixel 3a and Pixel 3a XL, Apple sells the iPhone XR and older iPhones, and Samsung has a family of A-Series phones that are more affordable than some of its flagships.

I tested a bunch of them and here are some of my favorite phones that cost under $1,000.

The OnePlus 7 Pro offers the same Snapdragon 855 processor you’ll find in top-tier Android phones like the Samsung Galaxy Note 10, lots of high-speed memory and a gorgeous (and fast!) display. This hardware makes the OnePlus 7 Pro one of the smoothest smartphones out there.

Plus, you get a true edge-to-edge display. To unlock it, you use a fingerprint sensor hidden under the touch screen. There’s no notch or hole punch for the front-facing camera. Instead, a little electric motor pops the camera up when it’s needed and hides it inside when not in use.

You give up a few things, though. Despite OnePlus demonstrating that the 7 Pro can take a few dunks, there’s no independently verified water resistance rating. Wireless charging is also not available, though the 7 Pro supports super quick fast charging.

If you want a name-brand flagship for a discount price, the Samsung Galaxy S10e is your best bet. Now that it’s been out for a few months, it’s frequently discounted from its $749.99 suggested retail price. Unlike a lot of iPhone deals, though, you don’t need to add a new line or buy multiple phones to get a good price. Walmart, for instance, is currently selling the S10e for $499 if you get the pink or white one or $599 if you want blue or black.

For that price, you get the latest processor, 128GB of storage, a beautiful top-notch screen and great cameras. Plus, you get full IP68 water resistance and wireless charging. Sure, you may not get an in-display fingerprint reader, it’s on the side of the phone instead, but the S10e is otherwise packed with every feature you’d expect of a flagship phone in 2019.

For some people, having an iPhone isn’t negotiable. Whether your friends demand blue bubble allegiance or you’re tied to an Apple Watch, sometimes iPhones are the only option. In that case, I recommend the iPhone 8.

It still has water resistance, wireless charging, a seriously quick processor and a good camera. The biggest letdown is the display, which looks dated with its large bezels and smaller size. Apple has a good history of supporting older phones with software updates, too.

Just know that new iPhones are launching in the coming weeks. When that happens, prices for the old models are bound to fall. So maybe wait for a price drop.

The Google Pixel 3a XL consistently takes better photos than the iPhone XS but costs under $500. Even the triple-camera OnePlus 7 Pro can’t best the Pixel in tricky lighting. With a great portrait mode and an unbeatable “Night Sight” feature for dark scenes, the Pixel 3a is just as capable as its more expensive brother, the Pixel 3.

The downside is that, to get to its $399 price point, Google had to trim costs elsewhere. The Pixel 3a ships with a significantly slower midrange processor than the normal Pixel. Apps are noticeably slower to open, photos take a while to process and graphics-intensive games feel choppier. And while it still has good colors and brightness, the screen has big bezels that make the phone look noticeably cheaper.

Finally, as with the OnePlus 7 Pro, there’s no official water resistance and the Pixel 3a isn’t able to charge wirelessly. If you prioritize the clean software and amazing camera of the normal Pixel, the Pixel 3a’s the cheapest way to get it.

The Samsung Galaxy A50 offers a ton of high-end features for its $350 price point. It has a big, vibrant edge-to-edge display just like you’d expect from a Samsung phone. It offers an in-display fingerprint reader for unlocking and two cameras plus a depth sensor for portrait shots.

You also get a microSD card slot to add more storage and a headphone jack, something that a lot of flagship phones no longer offer, including Samsung’s new Galaxy Note 10. Finally, a huge battery provides enough juice to go all day.

Unsurprisingly, the A50 lacks wireless charging or water resistance. Like the Pixel, it also has a lower-tier processor that doesn’t breeze through day-to-day usage like a flagship phone would. It feels a tick slower than the Pixel 3a and noticeably slower than top-tier phones, but that’s to be expected.