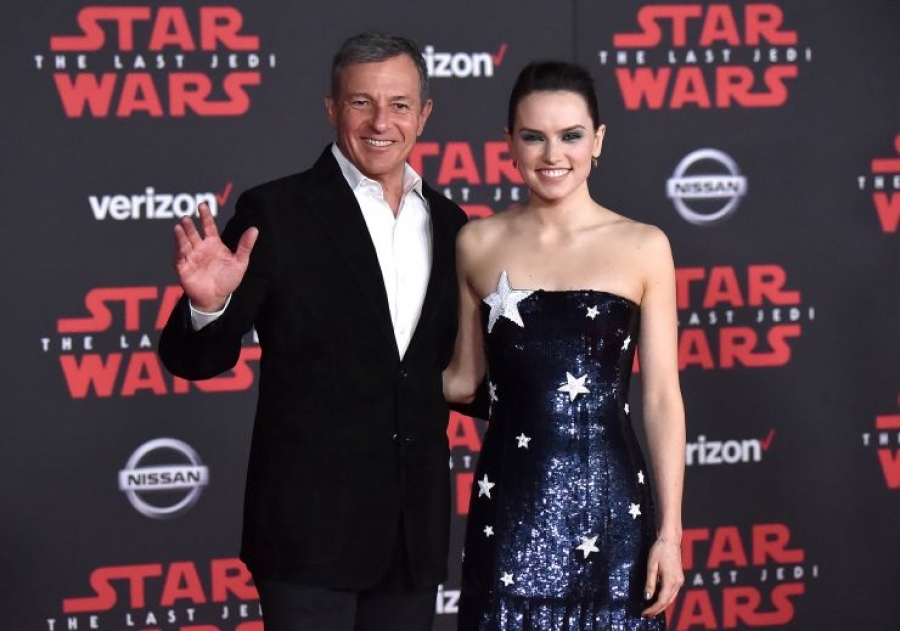 What’s next for media in 2019 as Apple, Disney, AT&T and more jump into the streaming business Featured

This year we’re heading to CES to see the future of technology at a moment where the gadget underpinning the past decade’s digital transformation — the iPhone — has hit a plateau. The plummet of Apple’s stock this week is an articulation of the question: What’s next?

Come the second week in January, over 150,000 executives across media, technology and advertising will flock to the Las Vegas Convention Center for the annual Consumer Electronics Show to learn about the platforms and capabilities that will change how we communicate and consume content.

While the media giants don’t have booths on the show floor, the technology in focus at CES is increasingly important for the entertainment industry. The 5G streaming capabilities and sleek curved displays will serve as the consumer battleground for traditional media giants, newer streamers and social media platforms.

This year started off with a bang: Apple’s warning of a revenue shortfall, speaks to the risks of global exposure, consumer habits and the law of large numbers. At CES, we can expect plenty of questions about what other companies will suffer a similar squeeze in China, and what implications Apple’s challenges could have on the entertainment business. Apple is a powerful gateway for content companies, both as a retailer with Apple Music, as well as with its App Store, which takes a cut from streaming services and games revenue.

Here are some predictions for what will come during CES and throughout the year.

This year, we can expect Apple to make its biggest move yet into streaming video. It’s expected to launch its own version of “Amazon Channels,” enabling Apple users to access subscriptions from HBO, Showtime, and Starz. This will make it a more direct rival to both Amazon and Netflix. We can also expect Apple to invest at least $1 billion in content. The company doesn’t need to purchase a studio, though it has looked at them. We’ll see if this changes and Apple looks to buy, rather than build and license its presence in Hollywood.

Last year, Apple made a number of high-profile content deals, including a multi-year agreement for several movies with indie film producer A24. Apple landed the rights to Charlie Brown and Snoopy and announced a partnership with Sesame Workshop for new children’s programming. Reese Witherspoon’s company Hello Sunshine is producing a number of series for Apple, including a pricey drama starring Witherspoon, Jennifer Aniston and Steve Carrell. This content is expected to be bundled in with Apple Music, or offered free to Apple users as a way to differentiate the iPhone from Android and other rivals.

One thing’s for sure: It’s going up against Netflix and Amazon, who will both be spending far more on content this year. With iPhone sales no longer driving growth, we’ll see how much added firepower Apple puts behind its new streaming business.

Megadeals will take a breather this year after 2018 marked massive consolidation. With Disney expected to finalize its Fox deal shortly, Comcast focused on Sky and AT&T integrating Warner Media, the new group of giants has its hands full.

Amazon, as it quickly scales its Hollywood presence, is likely to look at the remaining independent studios. But there’s no decisive need for the tech giants to buy a studio, in light of their ability to license content.

However, we could see exceptions in two key areas.

First, once Shari Redstone lands on a permanent CEO for CBS, she could push forward a merger of CBS and Viacom this year. And second, in the advertising world, look to ad agency holding companies to engage in deal making as their business gets squeezed by both consulting firms and programmatic ad platforms.

But when it comes to the smaller players media players, this year they’re likely to stick it out alone as they feel the pinch of their bigger rivals getting bigger. Discovery will double down on its niche services to lock in super fans of sports such as golf. And the companies that don’t have the scale to create a Netflix rival, as AT&T and Disney do, will increasingly focus on supplying Netflix and Amazon.

Netflix and Amazon need that content because of the transformation of Disney and Warner Bros. from suppliers into rivals this year. The corresponding pullback on licensing deals will bolster their own coffers and ability to produce more original content. Netflix will face real competition and consumers will be pushed to make tough choices.

This year, Netflix will face its first direct competition, from Disney+ and AT&T’s new service. Add to that the potential for a recession, and many consumers will start picking and choosing between the various streaming services. Will Disney+ cannibalize Netflix’s subscriber base thanks to cheaper pricing? Probably not, as the services will be quite different at first. But if the U.S. heads into recession, something has to give. Even if consumers swap the full TV bundle for a skinny offering, how many additional subscriptions can they maintain? Probably just a few. And that threat of overloaded consumers sticking with the one or two services that really provide value is what’s going to drive competition for content.

And when it comes to picking and choosing, the traditional TV bundle will lose more subscribers to skinny bundles. Expect traditional carriers such as Charter, Spectrum and Dish to suffer subscriber losses from blackouts. And blackouts are only going to become more prevalent. Cable companies can’t justify paying more, especially for second-tier channels. Content companies want to either secure higher rates, or convert viewers over to their own streaming services, which provide both higher profits and valuable data. HBO’s months-long blackout on Dish Networks is ongoing, and Spectrum subscribers are still unable to access Tribune channels after a New Year’s eve blackout.

There has been a lot of talk about how the studios will push to shorten the period between films’ theatrical and home video release. As it stands now, theater chains protect their ticket sales with a 90-day window before films are available at home.

Here’s the thing: Netflix is already starting to break windows on a small scale, by releasing films such as Roma and Birdbox in a handful of theaters for a few weeks. Those releases are designed to qualify for Oscars and generate marketing buzz. But the real way Netflix is exerting pressure on those 90-day windows is by streaming original, high-budget movies, with stars such as Sandra Bullock in Birdbox, and by spending on world-wide marketing campaigns.

Traditional media giant Disney will put further pressure on that traditional 90-day window with the films it will offer exclusively on Disney+. The streaming service will feature films previously designed for theatrical release, such as a Lady and the Tramp remake and an Anna Kendrick comedy.

Disney is not technically closing any windows with these films’ streaming debuts, it’s just eliminating the window entirely by cutting the theater chains out of the equation for a new category of direct-to-consumer movie. And unlike the films Disney’s licensed to Netflix, Disney will get all the detailed information about viewers’ streaming habits.

Interestingly, Disney is one studio that is not pressuring theater chains to shorten the window protecting ticket sales. That’s because its theatrical business is thriving in this environment of fewer, bigger hits. In 2018, Disney dominated 26 percent of U.S. box office market share, up from 22 percent the prior year. It’s Disney’s massive scale that enables it to both make windows evaporate by skipping theatrical releases entirely for the movies it’s launching on Disney+, and also preserve the windows for blockbuster movie “events” such as Black Panther.

Universal and Warner Bros. are the two studios that have been most vocal about the need to release movies at home closer to their theatrical launch. They’re not necessarily pushing for “day and date,” in which movies are released in theaters and at available at home simultaneously. Sources tell me that a window of three weekends between theatrical and home releases is where things are most likely to land.

Notably, both Universal and Warner Bros finalized meaningful deals last year. Universal’s parent Comcast is buying Sky, while Warner Bros was folded into AT&T. Emboldened by their scale and opportunities to go direct to consumer, we can expect movement in this area in 2019.

For instance, Sky’s scope in the U.K. could be a testing ground for shorter windows. The share of box office revenues studios earn from UK theaters is one of the smaller percentages earned anywhere in the world, providing a potential platform for experimentation, without the risk of forfeiting too much revenue if studios alienate theater owners.

Whether it’s AT&T and Disney looking to sell subscription services to consumers, or Apple and Amazon investing billions more in original shows, it’s all about content as the great differentiator. That’s why AT&T wanted Time Warner and HBO. That way, when the next price war hits, it won’t just be selling generic phone minutes. And Apple wants to make sure its phones have something on them that’ll be worth sticking with, and maybe even paying for, as iPhone upgrade cycles lengthen and rivals dream up new features.

The more directly media companies control their content, the more information they’ll have about their consumers. And if we learned one thing from Facebook’s tribulations in 2018, data is king, and if managed well, can yield great value in terms of advertising.