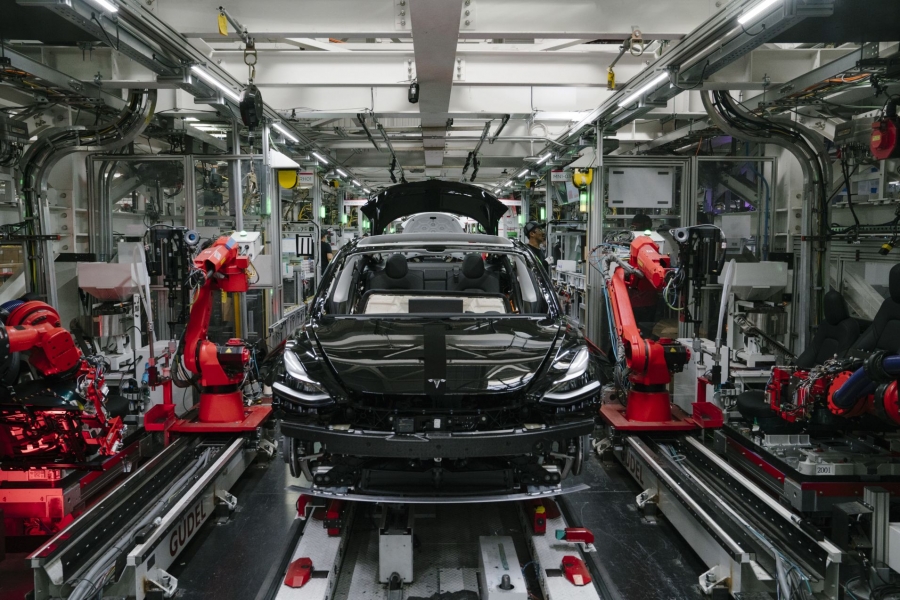 Sometimes you can’t get enough good news. Just ask Tesla investors who began 2019 by hammering the automaker’s stock over the first two trading days of the year.

Tesla shares tumbled 9.7 percent Wednesday and Thursday — despite closing out 2018 with record sales and production numbers.

Investors appeared to be focusing more on potential roadblocks that could be lying in wait, including a flood of new competition and the phase-out of the federal tax credits that offset the cost of Tesla’s battery-electric vehicles. It didn’t help that the company’s fourth-quarter deliveries — the number of cars delivered to customers — were released Wednesday and narrowly missed what analysts had been expecting for the final quarter of the year.

Tesla CEO Elon Musk marked the end of the year by tweeting congratulations to his team, and few would doubt they deserved his good words, since 2018 was a challenging year for the automaker. It started out with what Musk had dubbed “production hell” at the company’s Fremont, California, assembly plant and saw the South African-born CEO himself create a series of crises, among other things, by claiming he had come up with a plan to take the company private. Now, the question is what will 2019 bring? And there, investors and analysts seem to disagree about whether the glass is half-empty or half-full.

After a tough 2018, Jessica Caldwell, executive director of industry analysis at data service Edmunds, is one of the bears, warning that “Tesla is starting the year with a bitter dose of reality of what it means to be a grown-up car company.”

At first glance, that viewpoint might seem hard to understand. After all, the electric auto maker delivered about 245,000 vehicles in 2018, not only marking an all-time record but nearly matching what it had sold during its entire existence through the end of 2017. And demand rose every single quarter of the year, October-December deliveries exceeding those of the previous quarter by 8 percent.

Tesla is now the world’s number-one producer of battery-electric vehicles, handily surpassing established manufacturers like Nissan — which launched the world’s first mainstream BEV, the Leaf, in 2010 — and General Motors. But there’s the rub.

After having worked out most of the kinks at its Gigafactory battery plant in Reno, Nevada and its Fremont assembly plant, Tesla has been humming at a rate of about 1,000 battery cars a day, or 6,000 a week on a six-day schedule. And despite Musk’s ambitious forecasts, that may be more than the market can bear, said Joe Phillippi, head of AutoTrends Consulting, and a veteran Wall Street analyst.

Electrek, a news site that closely follows the electric vehicle industry, reports that Tesla had 3,300 Model 3 sedans sitting in inventory as the ball dropped on the new year. A Tesla spokesman declined to respond directly to the report but provided a statement that noted: “our inventory levels remain the smallest in the automotive industry, and we were able to reduce vehicles in transit to customers by significantly improving our logistics system in North America.”

He also pointed to a Dec. 20 blog post where the company said it released all of its fleet vehicles, including those used for test drives, to free up more vehicles.

Tesla wouldn’t be the only automaker with unsold inventory, if Elektrek is right. But that certainly wasn’t the case all that long ago, when it was saying that it couldn’t meet the backlog of orders that had begun building even before the Model 3 went into production in July 2017. One possible explanation is that Tesla’s order bank has largely been filled and it will now have to work a lot harder for each and every customer.

Notably, in a Dec. 22 tweet, Musk appealed to potential buyers by telling them they could still walk into a showroom and drive off with a Model 3 before year-end.

Despite the new record, it’s clear deliveries during the fourth quarter actually missed expectations. According to data service FactSet, the consensus among analysts following Tesla called for deliveries of around 92,000. The actual figure, at 90,700, was short by 1.5 percent.

In the scheme of things, missing a sales target by 1,300 vehicles over a three-month period should seem relatively insignificant.

One of the key reasons why the automaker’s shares tumbled so sharply during the first trading day of 2019 appears to reflect concerns about what will happen. As of Jan. 1, the federal tax credits available for Tesla buyers were cut in half, from a maximum $7,500 per vehicle to just $3,750. That’s because the company crossed the 200,000 sales threshold set by Congress under the tax reform bill of 2017. Come July 1, the figure will again be halved to $1,875 before the incentives vanish entirely on Jan. 1, 2020.

Tesla was the first automaker to cross that boundary, though General Motors will see its incentives halved in April, with Nissan expected to be hit with a similar reduction later in the year.

With Tesla and GM taking the lead, the industry has been pressing Congress and the White House to extend the EV incentives. But with the Trump administration actually suggesting the incentives should be eliminated, there seems little chance that will happen anytime soon.

Tesla announced this week a step to reduce the blow, dropping prices of its new models by $2,000.

But whether that’s enough is unclear — especially considering what is happening in the electric vehicle market, Phillippi said. In recent months, an array of automakers have launched new, long-range EVs. The new Jaguar I-Pace targets Tesla’s high-end Models S and X, the Hyundai Kona EV takes aim at the Model 3. In the months to come, showrooms will be inundated with additional products, from the latest Kia Soul EV to Audi’s new e-Tron electric SUV. Volkswagen and Mercedes-Benz are launching entirely new battery-electric sub-brands and Porsche is about to begin production of its first all-electric sports car, the Taycan.

Surprised at the surprise

Analysts on Wall Street said the price drop took investors by surprise with some worrying it would whittle down Tesla’s profit margins.

“The price reduction was controversial, more so than we expected,” JMP analysts Joseph Osha and Hilary Cauley said in a research note Thursday. “We are a little surprised that the market is surprised, as we think it has been clear for some time that Tesla was going to have to stay aggressive with Model 3 pricing in order to hit its volume targets.”

By 2020, virtually every mainstream and luxury brand will be in the chase for customers, something that the Detroit-based consultancy AlixPartners warned in a recent study could lead to “a pile-up of epic proportions.”

Despite such concerns, there are still plenty of investors and analysts who remain bullish about Tesla. Eric Schiffer, CEO of Reputation Management Consultants, is among them, and he believes that one key advantage for the California carmaker is its 47-year-old chief executive.

Tesla, Schiffer contends, “has benefitted to the tune of billions of dollars worth of free publicity” because of its voluble, if volatile, boss. He has made the company more than just another car brand but something of a cause celebre.

That said, Musk risked bringing the house crashing down on a number of occasions over the past year. He cried during a New York Times interview early in 2018, lamenting Tesla’s production problems and warning “the worst is yet to come.” He kicked off a firestorm by attacking, in a series of tweets, a British diver who helped rescue a youth soccer team trapped in a flooded cave. And then, last August, Musk used Twitter to claim he was going to take Tesla private at a price of $420 a share, apparently with the assistance of Saudi investors.

That turned out to be far from the truth, Musk weeks later called off the effort and subsequently agreed to a settlement with the Securities and Exchange Commission that resulted in a fine and his stepping down as Tesla chairman.

Musk has been far more cautious in recent months, other than tweeting a few choice words about the SEC, notes Schiffer. As a result, he says, the CEO “has rebuilt significant credibility on Wall Street. This short-term adjustment presents a great opportunity for those who see the long-term picture.”

Still, Schiffer concedes Musk “is a free spirit (and) my bet is we haven’t seen the last of Elon craziness.” The question is whether it will reach the potentially “terminal” level seen in 2018.

How much should investors worry about what happened on Wednesday? Many might just write it off as business as usual. Over the last 52 weeks, Tesla shares have run up as high as $387.46 and plunged to a low of $244.59. It closed out 2018 up 6.9 percent

There’ll likely be plenty of debate among analysts and investors in the coming weeks, though the next big test should come with the release of Tesla’s fourth-quarter financials. The carmaker delivered a stunning surprise with its third-quarter profit, only the third time it was in the black since going public. It’s likely safe to say that Tesla this time will need to not only meet but even exceed the consensus earnings forecast to keep the bulls charging ahead.