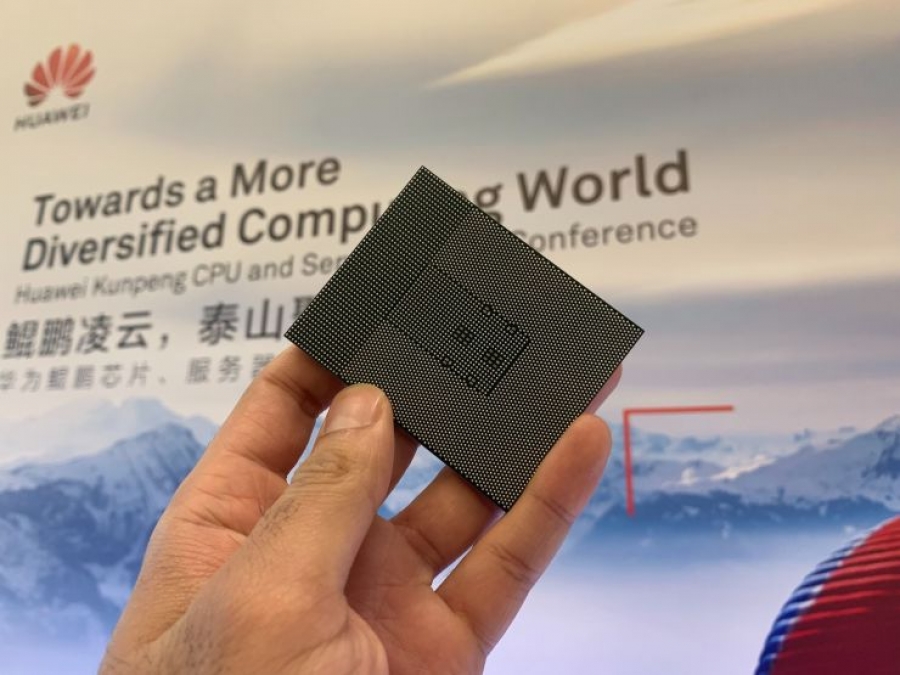 Huawei unveiled on Monday a next-generation chipset for servers, potentially pitting it against the likes of AMD, even as the Chinese technology giant faces political headwinds around the world.

The new chipset, called Kunpeng 920, is designed to go into data centers and will power the company’s TaiShan server, which was also launched on Monday.

Huawei is keen to show it is pushing ahead with business despite major political headwinds, including the arrest of its CFO in Canada and continued accusations from the U.S. and others that the company’s equipment could be used as a backdoor by the Chinese government to spy on citizens.

In response to a question from CNBC about whether political pressure could affect sales of the new server, William Xu, Huawei’s chief strategy marketing officer and director of the board, told CNBC that the company hopes to attract customers by making good products.

“Only by achieving good-quality products can we win our customers. We will obey laws and restrictions in local markets, and eventually make products that are recognized and welcomed by customers,” Xu told CNBC in a Monday interview.

Huawei’s new silicon, known as a central processing unit (CPU), was designed by the company and based on a chipset architecture created by ARM, the U.K.-headquartered company now owned by SoftBank.

The Kunpeng 920 is a 7 nanometer chip, a designation tied to its size. Such technology is the latest in the semiconductor industry and allows for smaller components that are more powerful and energy efficient than their predecessors.

Huawei said its new servers with the Kunpeng 920 are designed to help process and store large amounts of data.

ARM has typically been a player in mobile devices with its chipsets, but it has of late tried to push into the server and cloud market. Huawei is not the only company with a 7 nanometer chipset designed for servers. AMD has its own product that it launched last year. Huawei’s latest move puts it in competition with the likes of that semiconductor firm and NVIDIA.

It’s also not Huawei’s first 7nm chipset. The company has the Kirin 980, which is designed for its own mobile phones, and the Ascend 910, which was created to handle artificial intelligence applications run in the cloud. The Ascend 910 is also designed for data centers, but serves a different function than the new Kunpeng 920.

Aiming for the top of the cloud

Huawei makes most of its money from selling telecommunications equipment. But it is searching for new avenues of growth such as consumer electronics and cloud computing. Huawei is hoping the TaiShan servers will help boost the latter business.

The technology giant has worked with Intel for many years on semiconductors for its servers, but the Kungpeng 920 is based off of ARM architecture. Xu said that Huawei will continue its relationship with Intel but it chooses the best option for each use case.

“Huawei and Intel are long-term strategic partners, in the past, now and will be in the future. The relationship between Huawei and Intel, though we have differences in our CPU structures, our products complement each other. We will keep using Intel CPU in areas where they perform better, and use ARM-based CPU in areas like cloud and servers where they are better,” Xu told CNBC.

There has been a broad move by Chinese technology companies to wean themselves off of American technology, particularly semiconductors. Huawei has pushed its own chips extensively in smartphones and servers and hopes the latest addition to its portfolio will eventually make it one of the top cloud players on the planet.

“We hope to make our cloud service, together with our partners, one of the top five cloud services in the world,” Xu said.