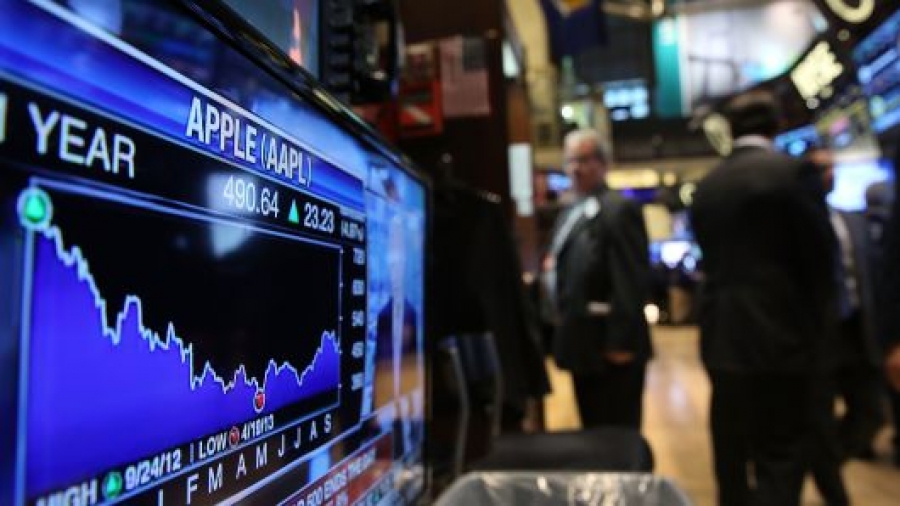 Apple analysts, huh, what were they good for? Absolutely nothing. Say it again...

Yep, that's right, I just butchered one of the most powerful lyrics of the past fifty years. Lyrics immortalized by Edwin Starr in the 1970 Vietnam protest song, but for me it kind of grabs your attention and makes the point rather succinctly.

Yes, this may be a sweeping damnation of the analyst community's performance regarding Apple, but let me add I'm going to try to avoid repeating the whole Apple demise story. A precipitous fall that has taken it from being worth circa $1.2 trillion to its current more modest $700 billion valuation. One that has many of us who remember Nokia at its year 2000 peak wondering if we will see history repeating itself so speedily?

What I want you to think about is the absolute "shock" experienced by the analysts regarding Apple's revenue warning last week.

I want you to consider how many of the Wall Street analysts covering Apple had an outright "sell," or even an "underweight," on the stock? Now my Reuters analytics may be malfunctioning terribly but I've been watching Apple's stock pretty keenly for years now and in advance of last week's warning there were — wait for it — zero sells out there on the stock. Not one. As of December 27, Apple had 13 "strong buy" ratings from analysts, 10 "buy" and 20 "hold" ratings, with no "sell" or "strong sell" ratings.

Anyone else feeling a little let down by the objectivity of this motley crew? Let down, yes, yet again, but not surprised.

They herded, scared of being on the wrong side of perhaps the greatest of the FAANGs (Facebook, Apple, Amazon, Netflix and Alphabet's Google), scared of leaving the pack and actually watching what was going on.

Even us humble, lightweight business TV anchors spotted that there were big problems after the company pulled its individual iPhone number from future reporting back in November. What? Don't believe me? Play the tapes ... all of them, there are lots.

Let me reiterate again, I'm not saying Apple isn't still a great company. I'm just pointing out the bleeding obvious. There are times when even fantastic companies have hiccups, when their stock is overvalued, when it's time to get out and cash in your chips and find a new entry point, or even sell if you want to go short.

But not for analysts, the best the boldest of them could offer us back in November was a "hold." That is so mealy-mouthed. If a stock is a sell then say so. That's what you are paid a lot of money for: objectivity. Maybe even add some versatility into your call if a stock has gone one way for years.

None of them will apologize. They will find some excuse for underperformance but what is worse in many ways is that now they are all their with their red marker pens, scything their valuations. Too late though, your clients have lost vast amounts of money following your expert advice. What a waste.