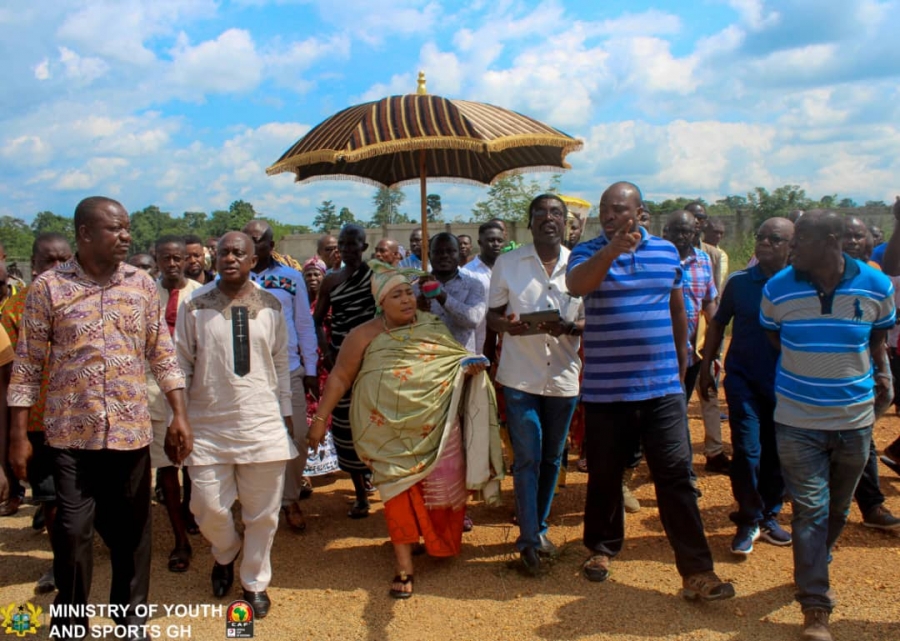 After almost  three years since work stalled on the construction of the New Edubiase Sports Stadium, owing to the unavailability of dedicated funds for the project, the Minister for Youth and Sports Hon Isaac Kwame Asiamah has today directed that work commence on the project.

This comes after the Ministry secured funds through the National Youth Authority (NYA) to ensure that the project is completed.

These were disclosed when the Minister inspected the project today at New Edubiase in the Ashanti Region.

The redesigning of the project has become necessary as a result of challenges associated with the initial structural works.

The new design would make the stadium conform to world standard as well as come with additional facilities.

Currently, the phase one of the project, which is yet to be completed has a fence wall, an uncompleted dressing and washrooms for players and fans respectively and the graded area for the pitch.

It would be recalled that the New Edubiase stadium started in July 2016 but construction was suspended after it came to light that the project did not have the needed funds to see to its completion.