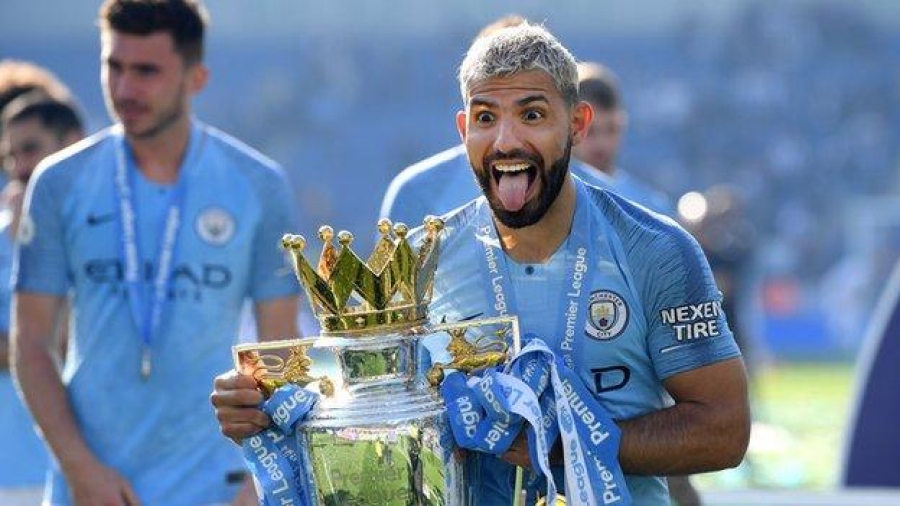 Manchester City retained their Premier League title and finally ended Liverpool's magnificent challenge after surviving a scare to come from behind and outclass Brighton at the Amex.

Pep Guardiola's side started the day knowing victory would ensure they would be the first team to retain the crown since Manchester United 10 years ago - but any slip-up could let in their relentless pursuers Liverpool, who were hosting Wolves at Anfield.

And when Glenn Murray gave the Seagulls the lead with a glancing header from a corner after 27 minutes, anxiety rose in Sussex and hopes rose at Anfield that Liverpool might win their first title in 29 years.

Manchester City's response was instant, emphatic and ruthless as they swept Brighton aside to end the campaign with a record 14 successive league victories, making it 32 in all, which equals the record they set last season.

Sergio Aguero pounced in the area to equalise inside 83 seconds and Aymeric Laporte arrived unmarked on the end of a corner to put City ahead before half-time.

Brighton had no way back and City completed the formalities in spectacular style as Riyad Mahrez fired high past, Mat Ryan, just after the hour and Ilkay Gundogan's spectacular 72nd-minute free-kick sparked wild celebrations.

City may not have repeated the 100 points that won the title last season but this was arguably an even sweeter success given the season-long battle with Liverpool.

They will now aim to complete a unique domestic treble when they face Watford in the FA Cup final at Wembley on 18 May. 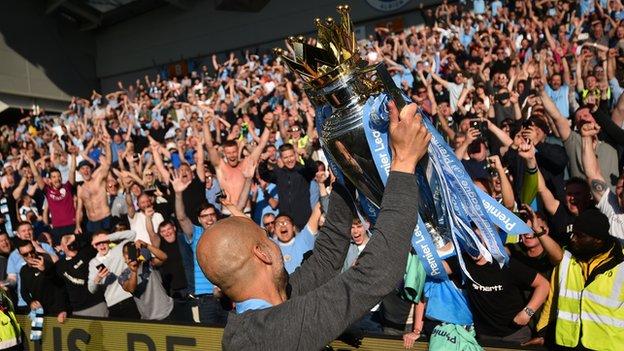