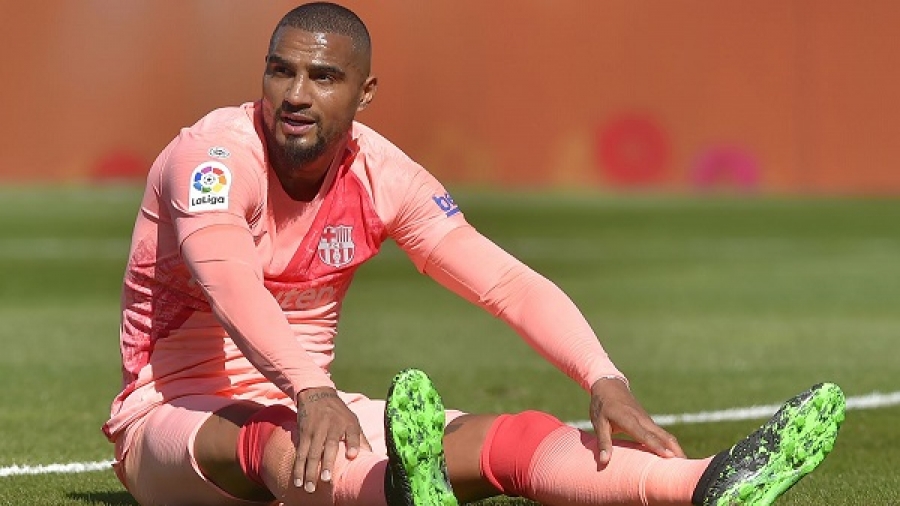 Barcelona forward Kevin-Prince Boateng has revealed he thought he was bound for Espanyol when his agent first suggest a move to the Catalan city.

Boateng, 32, was a shock arrival at Camp Nou in the winter transfer window after completing a loan move from Sassuolo.

Drafted in to give Barca further depth in attack behind the likes of Lionel Messi and Luis Suarez, the ex-Ghana international admitted that even he was shocked to learn of the Liga champions' interest.

[The transfer to Barcelona] went also very fast for me. I just have the best agent in the world," he laughed to Goal and DAZN.

"He called me one day and said, 'You have to play well against Inter, someone is watching.' But he didn't tell me who is watching.

"Even Roberto De Zerbi, my coach at Sassuolo, came to me before the match and said I had to play well because the game was very important. So I had pressure from all sides.

"But under pressure I play best. I was the best man on the pitch and after the game my agent came to me and said, 'We're going to Barcelona!'

"I thought he meant Espanyol. But he immediately said, 'No, the right ones.' That was incredible. I could not believe it until the sporting director called me."

Boateng has played a bit part at the Liga champions, making just three fleeting appearances in all competitions as the Catalans fight for a treble in 2018-19.

But he is content with his current situation, and is prepared to bide his time.

"It was clear from the start that I would be a substitute. I would come in, for example when Luis Suarez is tired. Recently, I was not in the squad a few times because everyone was fit. I understand that," he added.

"Of course [I'm not satisfied with this situation]. If I was satisfied, I would stop playing football. In the beginning the situation annoyed me because I think that I'm fully fit. But I can not complain.

"Barcelona is the best club in the world, my team-mates are Ousmane Dembele, Philippe Coutinho, Luis Suarez or King Lionel Messi. Should I suggest to put these guys in the stands instead of me?

"The club has invested a lot of money in these players. I can only give everything and offer myself."

The forward went on to state his confidence that Ernesto Valverde's men can complete the treble - while affirming that a Champions League win would spell the end of his short association with the Blaugrana.

"[To win the triple] is the goal, so it's also communicated every day in the club. The only thing that counts here is to play the game, to win and to bring all three trophies at the end," he said.

"It is very realistic. We can win the final of the Copa del Rey against Valencia. The Champions League is a very special one, as everyone switches one gear up. Many big clubs are already eliminated, so we have a chance to win the title."

"If I won the Champions League, I'm definitely gone. Then I will play somewhere else for two or three more years. Once, I said for fun that I would stop [playing football] when Marius Wolf became a national player. So: Jogi, take your time!"