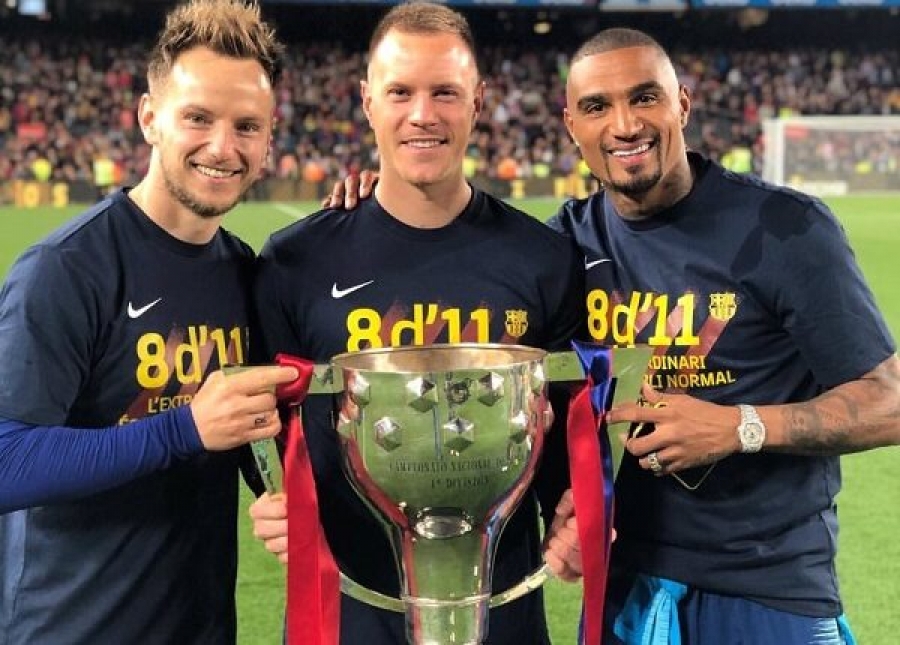 Kevin Prince made history on Saturday, as he became the first Ghanaian ever to win the Spanish La Liga title with Barcelona.

Ahead of Wednesday's Champions League semi-final first leg with Liverpool, Messi began the game on the bench. The Argentina forward came on at the interval following a goalless first half and scored just after the hour.

He latched on to Arturo Vidal's header and beat two defenders before stroking the ball past Aitor Fernandez.

Boateng is who is on a short-term loan from Sassuolo and was not selected for the tie but he watched from the stands as his team wrap up the title.