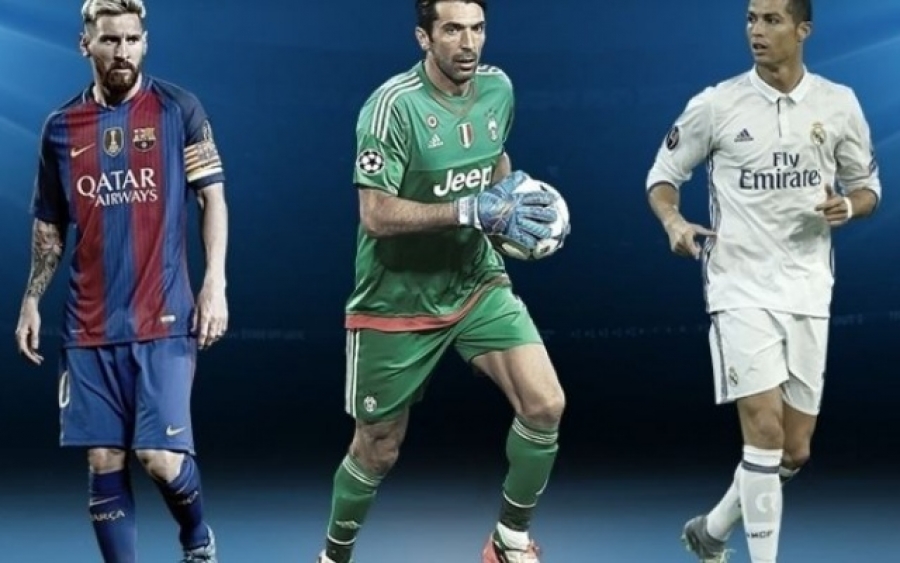 Buffon, Messi, Ronaldo on Player of the Year shortlist Featured

The award will be presented at the 2017/18 UEFA Champions League group stage draw in Monaco on Thursday 24 August.The shortlist of three players was selected by a jury comprising the 80 coaches of the clubs which participated in the group stage of the 2016/17 UEFA Champions League and UEFA Europa League, along with 55 journalists selected by the European Sports Media (ESM) group, representing each of UEFA's member associations.UEFA's Men's Player of the Year Award recognises the best players, irrespective of nationality, playing for a club within the territory of a UEFA member association during the past season. Players are judged on their performances in all competitions – domestic, continental and international.The final result was based on the total number of votes cast by the coaches and the journalists. The coaches were not allowed to vote for players from their own team.The players who make up the rest of the top ten are:4: Luka Modrić (Croatia, Real Madrid) 5: Toni Kroos (Germany, Real Madrid)6: Paulo Dybala (Argentina, Juventus)7: Sergio Ramos (Spain, Real Madrid)8: Kylian Mbappé (France, Monaco)9: Robert Lewandowski (Poland, Bayern München)10: Zlatan Ibrahimović (Sweden, Manchester United)Messi and Ronaldo have both won the award twice previously – Messi in 2010/11 and 2014/15, and Ronaldo in 2013/14 and last season. Other players who have won this accolade are Andrés Iniesta (Spain, Barcelona) in 2011/12 and Franck Ribéry (France, Bayern München) in 2012/13.The UEFA Men's Player of the Year award complements four new positional UEFA Champions League awards, which will crown the best goalkeeper, defender, midfielder and forward of the 2016/17 Champions League season. These awards will also be presented during the group stage draw on 24 August.The following day, the 2016/17 UEFA Europa League Player of the Season award will be presented at the competition's 2017/18 group stage draw in Monaco. Three players, all from last season's title-winners Manchester United, have been shortlisted – Zlatan Ibrahimović, Henrikh Mkhitaryan and Paul Pogba.