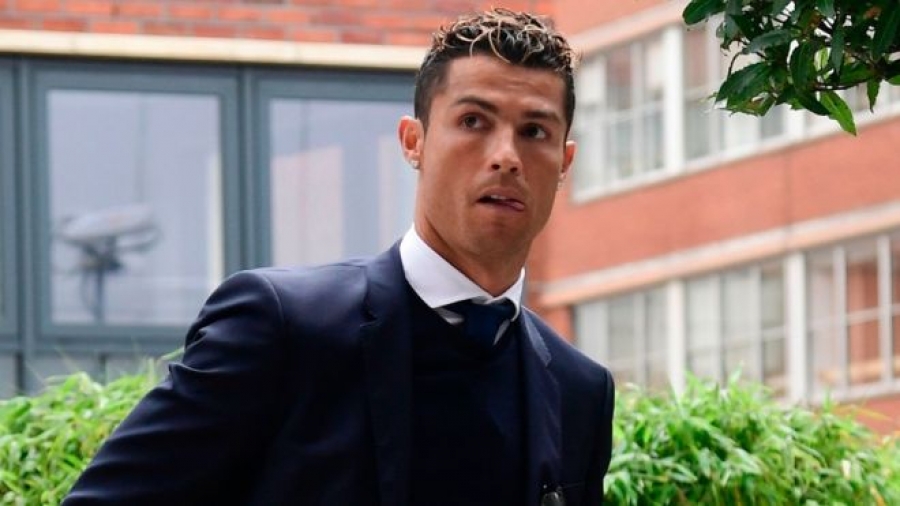 Footballer Cristiano Ronaldo has appeared at a Spanish court where he was facing allegations he evaded millions in tax.

He had been expected to make a statement after the pre-trial hearing, but left without saying a word.

The Real Madrid star, 32, has previously denied the allegations, saying his "conscience is clear".

Ronaldo, 32, is the latest in a string of footballers to be pursued by the Spanish tax authorities.

Argentina's Lionel Messi, who plays for Barcelona, was handed a 21-month prison sentence after being found guilty of the same charge last year.

Earlier this month, the court ruled he could pay €252,000 in place of jail time.

Ronaldo spent an hour-and-a-half giving evidence to judges at a court in the Madrid suburb of Pozuelo de Alarcón on Monday.

The media had gathered on the court steps in front of a lectern and speakers, set up by Real Madrid in anticipation of a speech by the footballer.

But Ronaldo avoided journalists by arriving and leaving via an underground garage.

BBC Sport's Richard Conway said Ronaldo had been expected to strike a "defiant tone", but instead decided to go straight home, earning him a chorus of boos from the gathered press.

According to prosecutors, Ronaldo allegedly took "advantage of a company structure created in 2010 to hide income generated in Spain from his image rights from tax authorities", which was a "voluntary and conscious breach of his fiscal obligations in Spain".

But if the case is sent to trial and he is found guilty, the Portuguese forward could face a fine of "at least €28m" and a prison sentence of three-and-a-half years, the Gestha union of experts at Spain's Inland Revenue says.