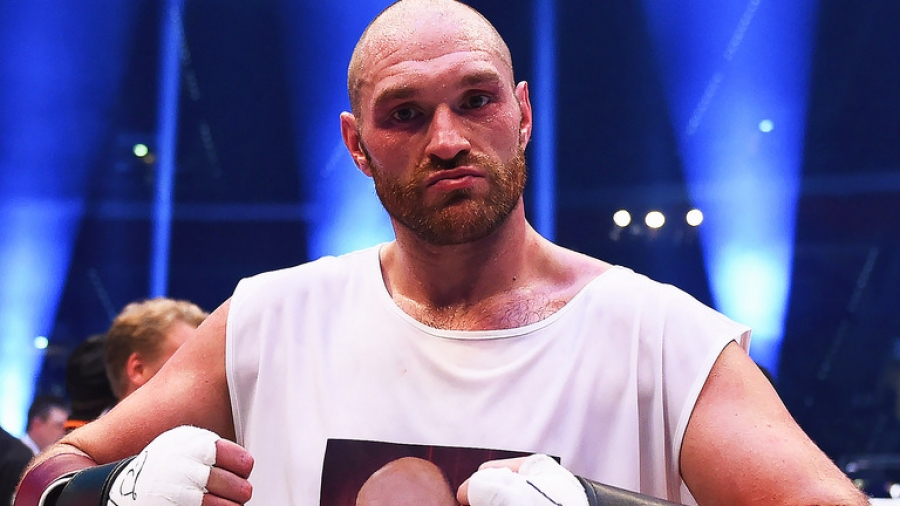 Tyson Fury has responded to Anthony Joshua's call-out by saying it is the fight the "world wants to see".

Joshua told Sky Sports News HQ on Tuesday that a fight with Fury is "top of his list" after his victory over Wladimir Klitschko.

The IBF and WBA heavyweight champion is currently waiting to see if terms will be agreed with Klitschko for a rematch in November.

Should a second bout with Klitschko not materialise, Joshua will instead meet Bulgarian mandatory challenger Kubrat Pulev.

But Joshua admitted a bout with his domestic rival Fury is the one he wants most and the Gypsy King responded to his comments later in the day, stating the former Olympic champion "could not lace his boots."

"People do want to see the fight between me and you AJ," Fury said in a video posted on Instagram.

Addressing the AJ call out, U need to fight me cuz ATM I'm still lineal champ! Been out of boxing nearly 2 years so that should make it fair on the others. I really don't believe that AJ can lace my boots up, I want to come back & see how good I am even with the time out. Me vs AJ is the biggest fight in boxing without a doubt! If this fight isn't made it will be like Lennox Lewis & riduc bowe. Now there is new challenges I can motivate my self again. Wilder & Aj & Parker even povetkin theses are the fights I want. Let's make this happen. Let's make boxing great again.???

"The world wants to see it because I am still the lineal heavyweight champion and everybody knows that.

"I walked away from boxing because I wasn't interested - there were no challengers there. I beat best man there was.

"But now it seems that I've been out two years and there are a few more challengers.

"People think that you can beat me. I don't think you can, personally.

"Let me get my situation on track, get fit and then I'll fight you. May the best man win."