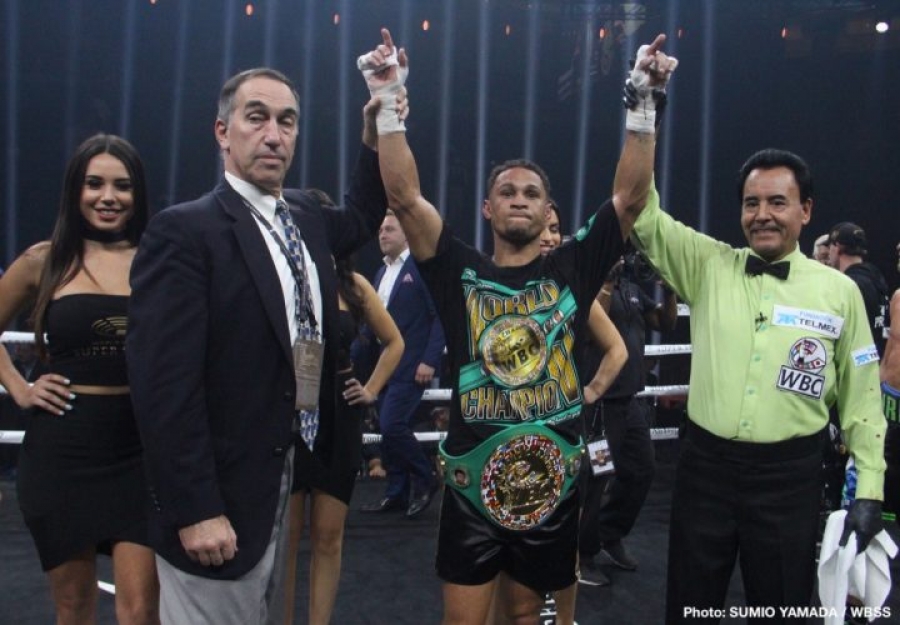 The judges scored it 119-108, 118-109, 117-110 all in favour of New Orleans native Prograis who retained his interim WBC title. In the semi-final, ‘Rougarou’ will face Belarus’ WBA Super World Champion Kiryl Relikh.

“I want to bring big-time boxing back to New Orleans and guess what, I did it!” said Prograis after the fight.

“Flanagan was a tough fighter and I knew he would be hard to get to. But I had the most fun out there tonight than I’ve ever had from Round 1 to Round 12.”

Prograis tried to finish the fight in round eight when he hit Flanagan with a crushing straight left hand and dropped his hard-fighting opponent for the first time in his career. ‘Turbo’ came back but Prograis controlled the remainder of the fight and cruised to his first 12 round decision.

“Now the world is seeing what I can do. There’s nobody in this tournament who can beat me. The Ali Trophy is mine, it doesn’t matter who I fight!”

The contest was stopped at the end of the seventh, due to the state of the left eye of Yigit who showed tremendous heart throughout the fight.

”You never want a fight to be stopped,” said Yigit. “Maybe it was the right decision. Our game plan was to take him later on. Because they stopped the fight, I couldn’t fulfill it. He is a hard hitter, congrats to him!”

Baranchyk credited Yigit for his performance.

“Anthony is a tough fighter – he gave everyone a good show and a good fight. This was a tough fight but I won,” said big punching Baranchyk and praised his coach Pedro Diaz.

“He is a good coach. I love him and with him, I will win the Ali Trophy!”

Baranchyk now faces the winner of November 3rd’s Josh Taylor vs Ryan Martin in the semi-final.

“I believe Taylor will win the fight,” said Baranchyk.

Next Saturday fans at The SSE Hydro in Glasgow will be treated to a spectacular doubleheader featuring two Ali Trophy Quarter-Final contests as Scottish Super-Lightweight star Josh Taylor takes on the undefeated American Ryan Martin.