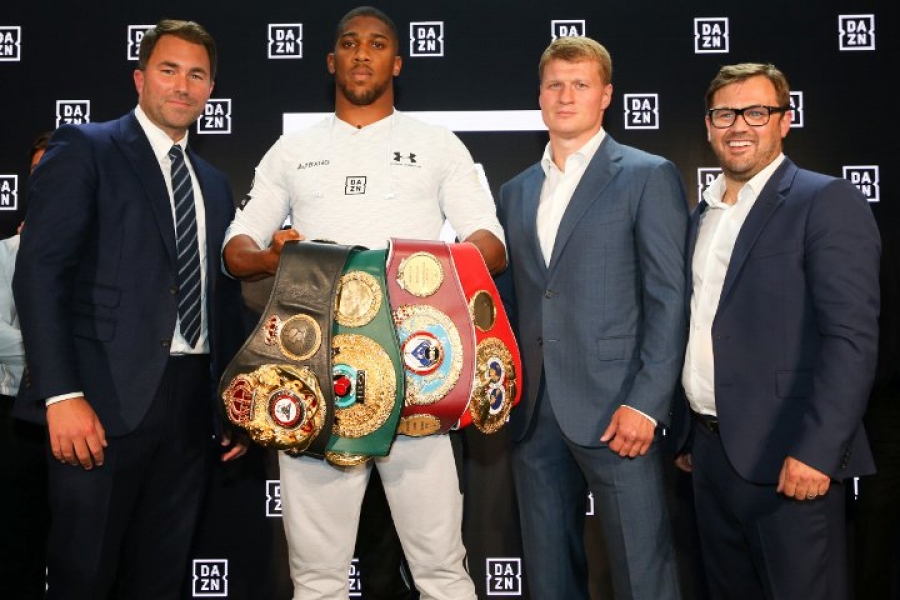 ANTHONY JOSHUA has been assured he will be facing a clean fighter when he steps in the ring to face Alexander Povetkin on Saturday.

But question marks remain over Povetkin who previously failed two drug tests in one year - first for endurance-enhancing meldonium ahead of a fight with Deontay Wilder and then for muscle-building ostarine ahead of a clash with Bermane Stiverne.

But Joshua’s promoter Eddie Hearn says the Russian has been heavily tested during his 12-week training camp to prove he is clean.

And he will face further tests when he arrives in the UK this week.

Hearn said: “Povetkin had loads of tests. Every fight we do with Joshua, of course he is on UK Anti-Doping (UKAD), but we also sign up to additional Voluntary Anti-Doping Association (VADA) testing, which comes 12 weeks before the fight.

“Off the top of my head there have been five or six tests from VADA for Povetkin, not from the Russian one. They will go into his camp and that’s been done from 12 weeks out.

“I’m very comfortable and confident that that’s been dealt with.

“Once he gets into the country this week, UKAD will start as well. For me that test is not irrelevant, but it’s not as important as testing nine, 10, 11, 12 weeks out.

“Never say never, but I’m confident with what has been put in place.”

Povetkin is the underdog but Hearn believes the challenger will be fired up to score a PR win for Russian against arguably Britain’s biggest sports star.

Relations between the two nations are poor thanks to the Salisbury Novichok poisonings.

“He has not just got his team, but the country and dare I say, the government behind him,” said Hearn. “They are all involved.

“This is like a mission from them to beat Britain and for a Russian to become the world heavyweight champion.

“He and his team know how important this is for them and for Povetkin nationally.

“This is not just about him personally winning a title, this is a major, major thing if Povetkin could stick one on a Brit.

“I think it adds a bit of spice to be honest with you.”