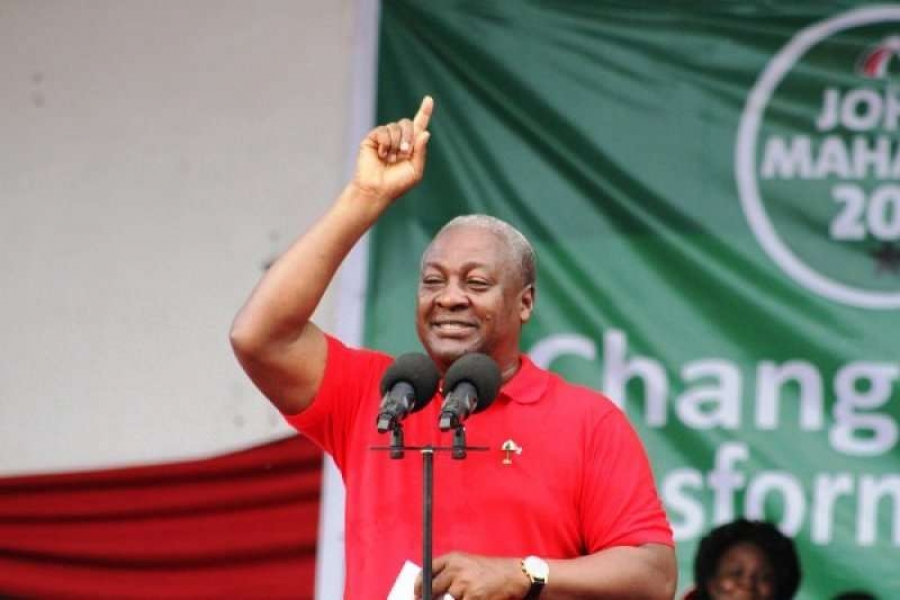 Flagbearer of the National Democratic Congress(NDC), John Dramani Mahama has called on all party members to come together to reclaim victory in 2020 general elections.

This comes after the party held its first batch of primaries in 157 constituencies last Saturday, August 24, 2019, across the country.

Primaries for the other constituencies are scheduled to be held before the year (2019) ends.

On Saturday's primaries, some big wigs lost their seats while fresh entrants made their way into the parliamentary scene as candidates for the NDC in the 2020 general elections.

Former Health Minister and Member of Parliament (MP) for Wa West in the Upper West Region, Mr Joseph Yileh Chireh and Ras Mubarak, MP for Kumbugu in the Northern Region, lost their bid to represent the party in next year’s elections.

Some of the new entrants onto the scene include, Kofi Adams, former National Organiser of the NDC, Felix Ofosu Kwakye, a former deputy Minister of Communications for the Abura Asebu Kwamankesse constituency in the Central Region, Dzifa Gomashie, a former Deputy Minister of Tourism, Culture and Creative Arts for the Ketu South in the Volta Region, Francis Xavier Sosu, a private legal practitioner for the Madina Constituency in Accra and film actor John Dumelo.

n a Facebook post the NDC flagbearer, John Mahama said : “On behalf of the National Democratic Congress (NDC), I extend to all successful candidates our congratulations on your election to represent the party in the 2020 parliamentary election.“Of course, I congratulate all aspirants who could not make it this time.”

He also reminded all and sundry within the party that it behoves on them to work together with constituency and branch executives for victory in 2020.

''I have great confidence in your collective abilities. Let’s win 2020 together for the greater good of Ghana''.

Mr Mahama also said that the exercise has demonstrated the maturity of the NDC.

“We demonstrated again, on Saturday, that we have matured as a political party and have a strong belief in competitive engagements.”