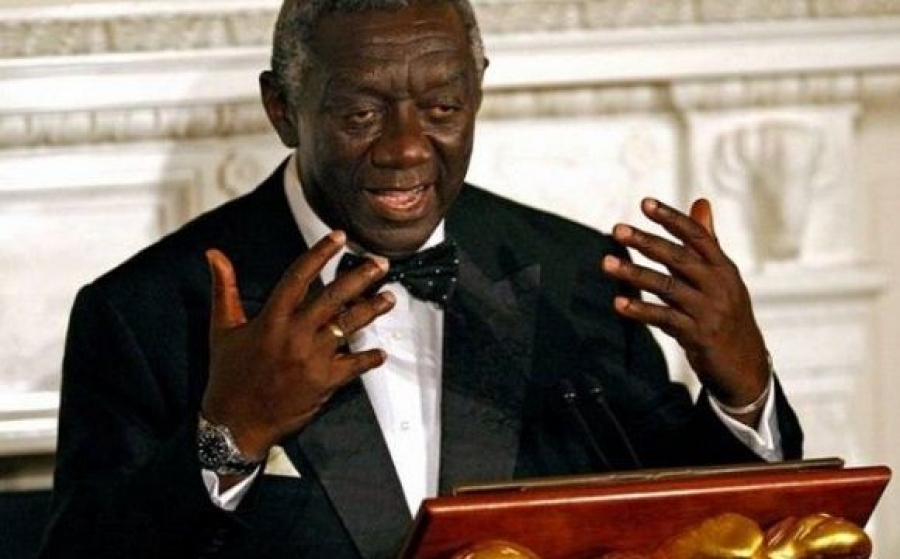 Ex-President Kufuor to speak on African development in Japan Featured

Former President John Agyekum Kufuor is expected to address a high-level meeting on African development in Japan later this week.

Kufuor who is also the founder and chairman of the John A. Kufuor Foundation will be addressing the seventh edition of the Tokyo International Conference on African Development (TICAD 7).

Described as the largest international conference to be held in Japan; TICAD 7, will kick off in Yokohama under the theme; "Africa and Yokohama, Sharing Passion for the Future," between August 28 to 30, 2019.

More than 4,500 participants including heads of states, representatives of international and regional organizations, civil societies, NGOs, and the private sector will participate in the conference.

TICAD seeks to promote high-level policy dialogue between African leaders and development partners. Topics to be discussed include economic transformation in Africa and improvements in business environments through private investment and innovation.

The conference will also discuss the promotion of a resilient and sustainable society for human security.

Officials from the John A. Kufuor Foundation will be participating in a session themed; “ending malnutrition in Africa: towards nutrition for growth 2020 and beyond.”

Representatives of the United Nations, Bill and Melinda Gates Foundation, World Health Organisation, African Development Bank and African governments will also be participating in that session.

A video of Mr Kufuor in which he discusses the theme will also be shown during the session. Nana Ama Aning Oppong-Duah who is a policy advisor at the foundation will be introducing the video and participate in a panel discussion.

She will be speaking on interventions the foundation has been rolling out in the nutrition sector in Ghana since its inception.

The foundation’s projects in the nutrition sector include conducting a nationwide review of the status of Sustainable Development Goal Two (zero hunger) in partnership with the United Nations World Food Programme.

This resulted in President Akuffo-Addo launching the Ghana Zero Hunger Strategic Review Report in July 2017, which has formed the basis of nutrition interventions in Ghana.

The Foundation’s intervention also led to the initiation and inauguration of the Ghana Nutrition Champions. It’s an initiative for eminent persons working to champion the course of nutrition.

First Lady Rebecca Akufo-Addo has since been identified and inaugurated as a nutrition champion.

The Foundation has also provided support to the Interministerial Committee on Nutrition which is working to ensure adequate and nutritious food for all.

The foundation has also provided support to the Ghana Academy of Nutrition and Dietetics to ensure that nutrition advocacy is consolidated to make it more effective.