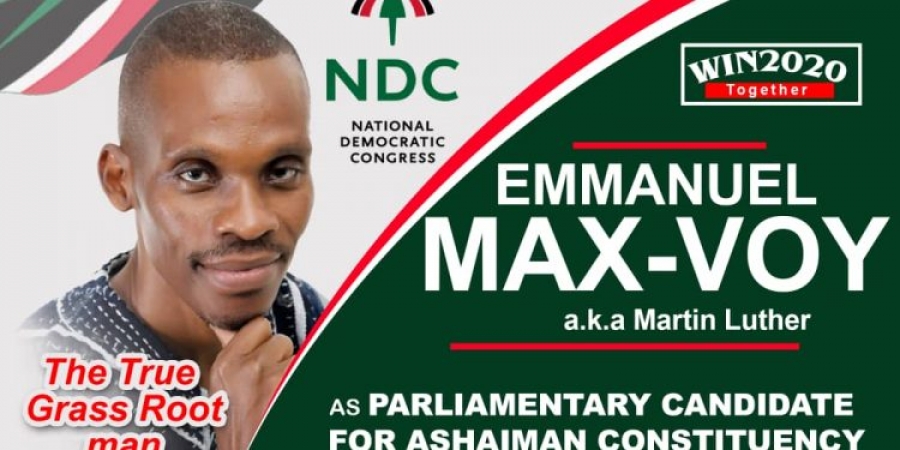 The opposition NDC has reopened nominations in the Ashaiman Constituency for prospective aspirants to contest the forthcoming parliamentary primaries following the sudden death of the main contender who was challenging the incumbent Ernest Norgbe.

In an interview with the Ghana News Agency (GNA), Ms Zainab Mohammed, Deputy Communication Officer for the constituency said the party's decision to reopen the nominations was due to the sudden death of Mr. Emmanuel Max-Voy, a contender,

Mr. Ernest Norgbe, the incumbent Member of Parliament, in his response to the new development, said he welcomed the decision.

He further explained that the decision would dispel the notion that he wanted to go unopposed saying, "I welcome anyone who would come on board to contest."

According to him, the party's interest was supreme saying, the party must unite to win the December 2020 general elections.

A parliamentary aspirant in the National Democratic Congress' (NDC) upcoming parliamentary primaries in the Ashaiman constituency Mr Emmanuel Max Voy has passed on days to the election.

Max Voy is said to have died at the Ridge Hospital where he was receiving treatment.

He was the only person challenging the candidature of the NDC incumbent MP for Ashaiman, Mr. Ernest Henry Norgbey.

He successfully filed his nomination about two weeks ago. The Ashaiman NDC constituency Secretary, Allan De-Graft Johnson, who confirmed the death of the aspirant to Citi FM could not give further details except to say the party is yet to meet with the family of the late aspirant and would later officially communicate to the public the way forward.