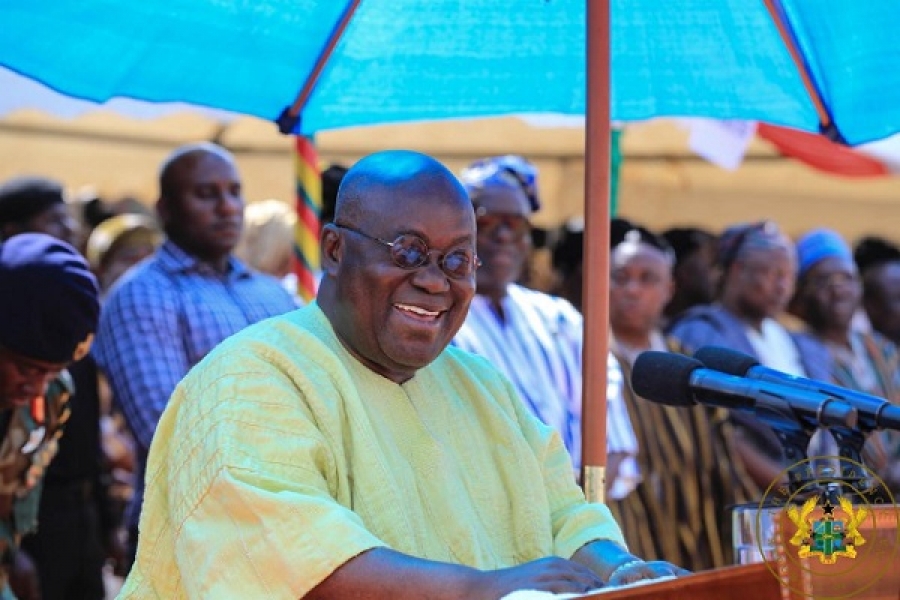 President Akufo-Addo will today August 13, 2019, begin a six-day tour of the Northern and Upper Regions.

The six-day tour will end on August 18, 2019. President Akufo-Addo on the tour is expected to commission completed projects, inspect work in progress and cut the sod for new projects at every main stop.

He is also expected to hold interactions with the chiefs and people of both regions as well as interact with students and tutors at selected educational institutions.

The President will make his first stop at Talensi in the Upper East Region and interact with students and tutors of Bolgatanga Senior High School, after which he will move to Binaba to take part in a durbar of chiefs and people of the area.

He will pay a courtesy call on the Bawku Naba and meet with Mamprusi elders in Bawku. The President will climax activities on his first day of the tour with a call on the Pusiga chief, followed by an inspection of ongoing works on the Kulungugu Bridge.

He will be at Navrongo on day two of the tour where he will inspect a local water processing plant and the Tono Dam rehabilitation project.

He will also check the construction work on the Doninga Bridge in Builsa South and the rice valleys under the Planting for Food and Jobs programme, President Akufo-Addo will make a brief stop at the Sandema chief’s palace in Builsa North.

A durbar of chiefs and people at Fumbisi will climax the President’s tour of the Upper East.

He will be in the Northern Region on day three where he will be present at a durbar followed by an inspection of the ongoing water projects in Saboba and Gushegu, where he will also visit the town’s smock weaving centre.

Still, in the Northern Region, the President will cut the sod for the construction of the Kpandai-Salaga road at Kpandai after a durbar of chiefs. He will also commission a One Village, One Dam project at Wulensi.

In Bimbilla, the President will attend a durbar of chiefs, a sod-cutting for the construction of Bimbilla-Salaga road and inspect GETFund projects at Bimbilla Senior High School.

On Saturday, he will inspect work on of a court building and residential complex at Wechiau in Wa West, opening his tour of the Upper West Region.

He will attend a durbar of chiefs and people in Issa and carry out an inspection of ongoing building work on a district hospital in Daffiama-Bussie-Issa. The President will also inspect work on another district hospital at Funsi for the people of Wa East.

On the sixth day of the tour, President Akufo-Addo will attend a Catholic Mass in Wa. He will then commission the Wa Regional Hospital after which he will attend a durbar of chiefs in Kaleo and Lambussie.

This will be followed by inspection of ongoing works on the small town water system in Lambussie to climax his tour of the three regions.

The President will return to Accra later on August 18.