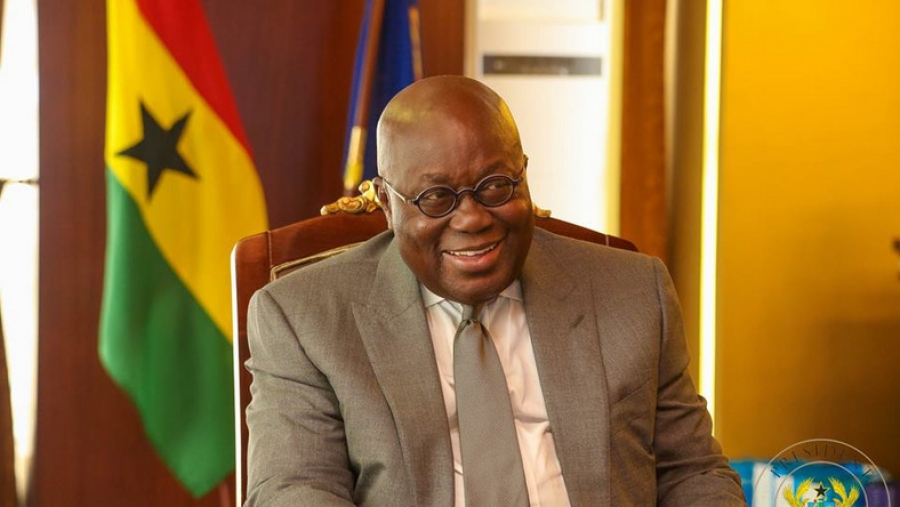 President Akufo-Addo ended his tour of the new regions on Sunday, May 19, 2019, in the Savannah Region.

The President who was on a six-day working visit made stops at Oti and North East regions as well.
His two-day visit to the Savannah Region took him to Daboya, Damongo, Sawla and Yapei.

Whilst at Daboya, the President paid a courtesy call on the Paramount Chief of Wasipe, Mimuni Anyami Kabasagya II, and interacted with smock weavers at Daboya, who later presented him and the First Lady, Mrs Rebecca Akufo-Addo, with commemoratory smocks.

The Headmaster told the President that under the Free Senior High Policy, "we have witnessed improved infrastructural and logistical situation."

"I want to mention the 400 capacity girls’ dormitory, which was completed and commissioned in September 2018, which is currently in use. A 2,000-capacity kitchen and dining hall complex, which is about 85 per cent complete, will be completed by September 2019,” the Headmaster added.

The Sawla SHS Headmaster stressed that “since the Free SHS policy of the government was started by His Excellency, enrolment has steadily increased from 37 per cent in 2017/2018 academic year, to 39 per cent in the current 2018/2019 academic year.”

President Akufo-Addo also inspected the ongoing construction of a District Hospital at Sawla, which is expected to be completed soon.

On Sunday, the President worshipped with the St. Anne’s Cathedral in Damongo, where he urged residents of the Savannah Region to eschew chieftaincy disputes and live as one people, as the cost of conflicts has had a devastating impact not only on the people of the region but on the country as a whole.

He admonished the congregation to join in the fight against the menace of illegal mining, popularly referred to as galamsey and indicated further that work on the Damongo Water Project will begin soon, with the matter set to be discussed at the next Cabinet meeting.