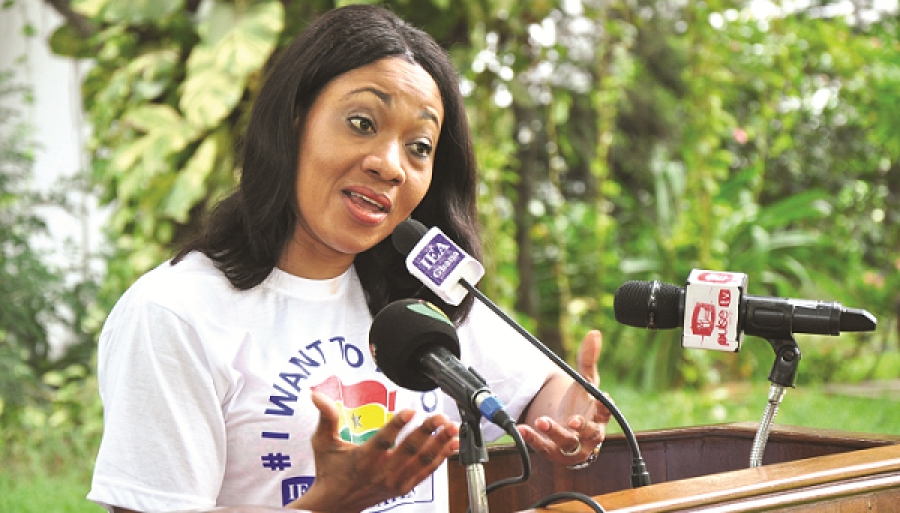 Chairperson of the Electoral Commission (EC) Mrs Jean Mensa has denied reports that her outfit has decided to create 25 additional constituencies ahead of the 2020 general elections.

She although stated that the creation of new constituencies is on their agenda.

Reports making rounds over the weekend suggested that the EC was going to create 25 additional constituencies but the commission’s Chairperson, Mrs Jean Mensa has said: “That’s a total lie. It has not come up.”

“We have seen reports in the public domain and we can say for a fact that this is not coming from the commission, the commission has not met to consider this, although this is an issue on its [EC] agenda and it’s a mandate of the commission, but those figures and information put out there [are] not true and we ask the public to disregard it,” she added in an interview on Monday, 29 April 2019.

“It’s an issue on the agenda and a mandate of the commission so it is always on the front burner but to be honest this has not even been discussed and it has nothing to do with the creation of new regions…at the moment we are busy setting up offices and that is what is before us…and so although the creation of new constituencies is a mandate of the commission, it is not something that is occupying us at the moment,” Mrs Mensa told journalists.

Also, there was a circulating audio which suggested that Mrs Mensa had clashed with the General Secretary of the main opposition National Democratic Congress (NDC) Asiedu Nketia during last week's Inter-Party Advisory Committee (IPAC) meeting but she denied the claims