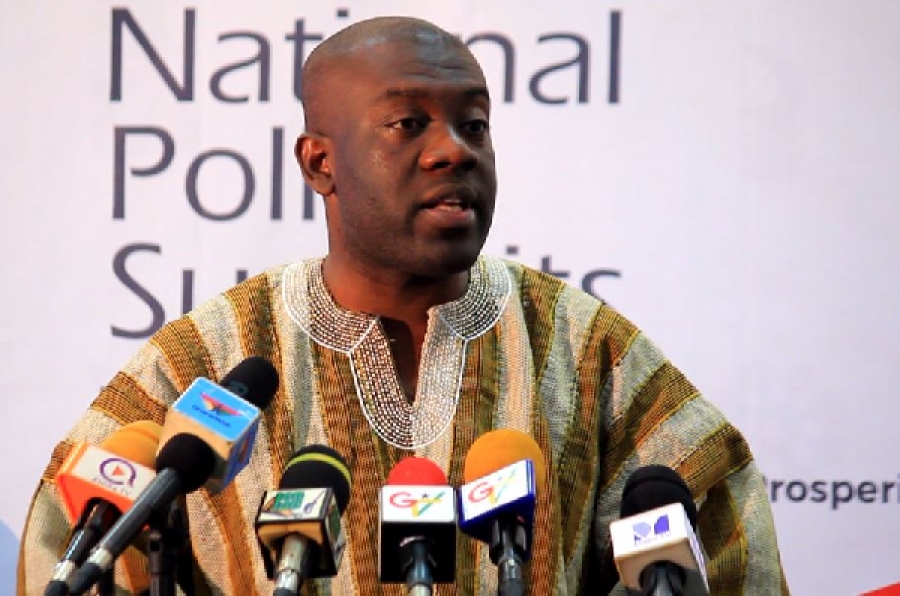 The Information Minister, Vincent Kojo Oppong Nkrumah turns 37 years old today. He was born at Koforidua in the Eastern Region on April 5, 1982.

Kojo had his basic school education at St. Bernadette Soubirous School in Dansoman he continued to Pope John Senior High School and Minor Seminary in Koforidua for his senior high education and later studied at the University of Cape Coast where he received a bachelor's degree in Commerce.

Kojo started his career as a Treasury Analyst at British American Tobacco in 2006. In 2012, Oppong Nkrumah graduated with an MBA in Marketing from the University of Ghana, Legon. He was awarded a bachelor's degree in law (LLB) at the GIMPA Faculty of Law after two years of studies in 2014.

He later moved on to Joy FM as a broadcast journalist hosting the Super Morning Show after the departure of host Komla Dumor. He bowed out of broadcasting to establish an investment firm, West Brownstone Capital in 2014.

In 2015 he contested and won the NPP parliamentary primaries for Ofoase-Ayirebi constituency in the Eastern Region of Ghana. He won this parliamentary seat during the 2016 Ghanaian general elections.

In 2016 he was called to the Bar as a Barrister and Solicitor of the Supreme Court of Ghana. In that same year, he practised as a lawyer at Kulendi, Attafuah and Amponsah law firm.

He is currently the minister for Ministry of Information and is the Cabinet spokesperson on the Economy. He additionally serves as a member of the Finance and Constitutional committees of the 7th Parliament of Ghana. He happens to be the youngest Minister in Ghana.