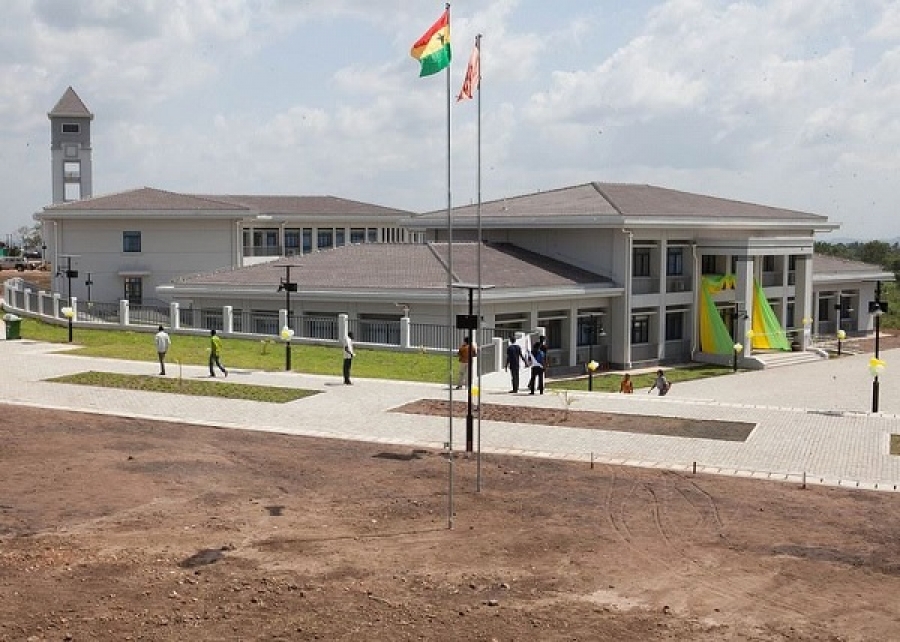 The University of Health and Allied Sciences located at Ho will soon be expanded by the Chinese government.

Wang said the signing of the document was an indication that “the Chinese government will support the construction of the second phase of the project for the University of Health and Allied Sciences.”

The first phase of the project covering a land area of 10,386 square meters was also funded by the Chinese government. The project which was handed over to the government of Ghana in September 2015 consisted of equipment for the school of basic and biomedical science, lecture halls, libraries, student housing facilities and senior staff residential area.

The second phase, to be situated on a land area of 29,200 square meters, will include a new administration building, College of Nursing and Midwifery, duty and equipment room, and other supporting facilities.

“We have reason to believe that after the project is completed the University of Health and Allied Sciences will become one of the most beautiful and modern universities in Ghana,” Wang said.

The diplomat assured the Ghanaian government that the cooperation between the two countries in the area of education would not end with this project since China stands ready to share its experience with Ghana as education is the key to any country’s development.

On his part, Ofori-Atta lauded the Chinese government for surpassing the amount agreed upon for the project. “China has been one of Ghana’s allies supporting the government of Ghana to promote sustainable growth and reduce poverty,” the minister said.

He said Ghana was vigorously pursuing the vision of growing beyond aid on four major pillars of revenue and domestic resource mobilization, expenditure management, finance and treasury management, creating opportunities which will all require further resources.

One key aspect of the vision, Ofori-Atta said, was in the area of education and human capital development to ensure that the country had the capacity to leverage its resources.

The project is expected to enhance tertiary education in the country and also create employment opportunities for the teeming youth, Ofori-Atta added.

“We wish to work together to enhance the already strong and cordial relations between Ghana and China,” he said.