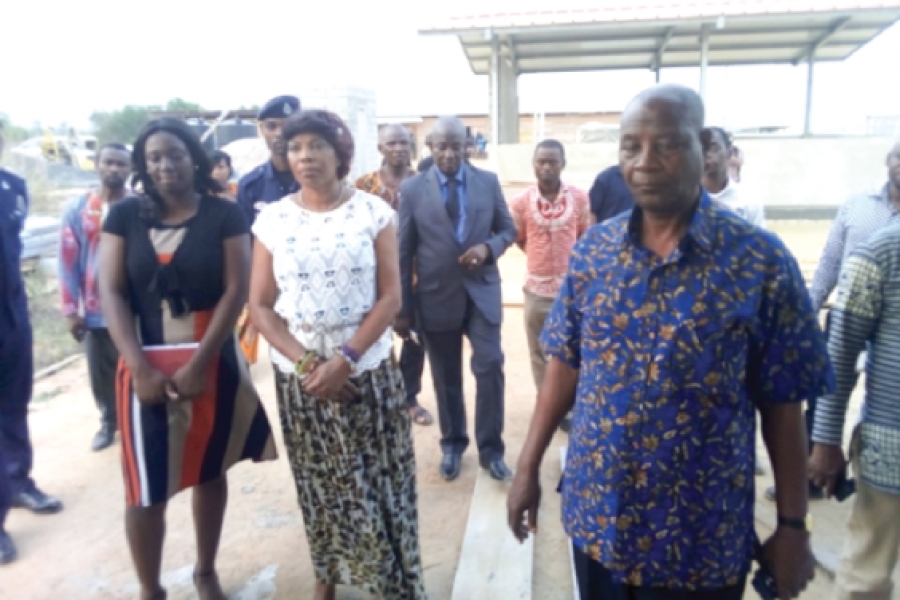 The Deputy Greater Accra Regional Minister, Mrs Elizabeth Sackey, has appealed to public sector workers to put the country first before the party they belong to.

She observed that one thing that was dragging the country back was the partisan attitude some people adopted towards work.

She stressed that Ghanaians should have the country at heart in whatever task they performed and not the party they belonged to because “when elections are over, Ghana is what every worker should consider.”

Mrs Sackey made this appeal during a working visit to the Ada West District in the Greater Accra Region to acquaint herself with ongoing development projects there.

She congratulated the workers of the assembly based on the report she had from the DCE that all the assembly workers were hardworking and non-partisan.

A durbar with the assembly staff was held during which issues that would help promote the development of the new assembly were discussed.

The deputy regional minister said every worker of the assembly had a crucial role to play to move the assembly’s development agenda forward and urged all of them to be committed to their respective duties.

She sounded biblical in her interaction with the members of the assembly as she used a lot of scriptures to illustrate her points.

She likened the Ada West District Assembly to a baby that needed to be nurtured to be on its own, and that would be possible if all the assembly workers supported the administration and did away with lazy attitude towards work.

“Put in more effort to move this district forward,” she added.

Mrs Sackey emphasised that coming to work late and closing before the normal time reflected negative attitude towards work and advised those fond of doing that to change that attitude because it was unproductive.

Responding to a question on light fishing at the coastal part of the district during the open forum, she said the government would soon take concrete steps to address the issue once and for all for the fisherfolk to see their way forward.

As part of her working visit, Mrs Sackey inspected the Ada West District Polyclinic project currently ongoing at Sege, the district capital, and expressed appreciation to the contractor for the quality work being done.

He said the assembly had acquired a 600-acre land for large-scale crop farming, an agro-processing industry and cold store project at the coastal part of the district.

He added that a Chinese Company had also expressed interest in soya beans farming in the district, all together potentially creating many jobs for the people in the area.

Mr Akrofi said there were other job avenues to be exploited to generate more revenue for development, and appealed to the RCC to recommend the district to investors whenever they came.

During the open forum, participants asked questions relating to education, health, water, sanitation, among others.