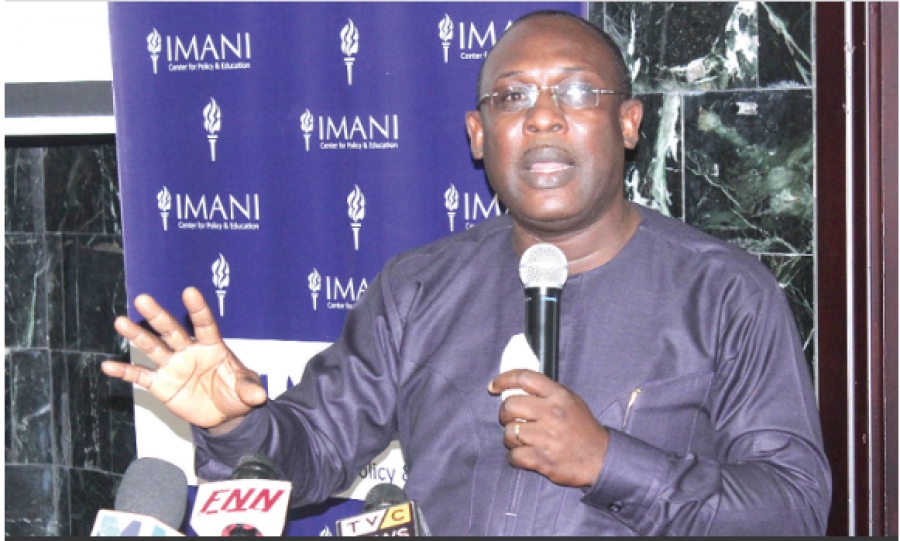 What happens to a Ghanaian run over by a US soldier? – Kofi Bentil Featured

The Vice President of policy think tank, IMANI, Kofi Bentil, has said President Akufo-Addo did not specifically deal with some nagging issues in the Ghana-US military co-operation agreement in his Thursday night address.

“I agree that honestly the President is within his rights to do these things. My initial problems still remains,” Mr Bentil said in a radio interview with Joy FM reacting to the President’s address.

According to him, usually when these things are done, you have things which takes care of what could happen to the populace.

“So they [US soldiers] will have all the indemnities for instance of a diplomat, and I ask the question, what then happens to a Ghanaian whose wife and kids are run over by a US officer? ...because we’ve had cases like that with diplomats,” Mr Bentil said .

He explained that in other places, what they will do is that, the government will issue some sort of statement saying that the Ghana government in a case like that will take up the issue, they will bear the responsibility, they will indemnify them, that has to be express, that has to be clarified and that has not been done.

“So indeed I am satisfied with aspects of this thing, but I still have a problem because I don’t think we have done a good enough job to totally close up this loop, and I hope that it will be done in due course,” he added.

Adding, Mr Bentil said what we have to understand is that this discussion has moved from rationale foreign policy making, rationale defence strategy issues to partisan politics and now inuendos, but the but the substantive issues still remain.

"So yes, I am satisfied but I am hoping that we hear about things that look at defending or protecting the ordinary Ghanaians who will invariably come into contact one way or the other, across the years with some of these US people," he said.

Recounting some of his challenges with the agreement, Mr Bentil said: “I am one of the people who knew that we are a country that goes into these agreements since Kwame Nkrumah’s time… we didn’t know the details of it so to a certain extent the President allowing exposure on this was good.”

“I am not surprised at all that we have these kinds of agreements, my worry is that, this is enhanced, it seems to be moving forward, I am not one of the people who does not want any US people here at all, My worry was that, one, we did not negotiate it well enough.

"But essentially there is no point to say that the US Army should not be here or we should not have a defence co-operation with them.

"I needed a specific assurance that the government will be in place to indemnify any citizens who come into negative contact with Ghanaians, these are two main important things. Now the $20million thing, yes, I wish we got more money for it, but really that one is not for me to say because nobody know the calculation that went into it but other people get more money for it.

"These two things I hope is not too late, they were not addressed. Yesterday the President didn’t clear it, he had the prerogative to do it and he has gone ahead to do it, and he exposed the hypocrisy of his opponents and I think that one is fair and he goes ahead to clear these ones too."

To Mr Bentil, the President didn’t go into the substance of some of the clauses that he has a problem with, “they were not touched on at all, and I repeat, I hope they are being worked on because it is possible."

"Yesterday's speech was not about substance and honestly, I think it is ok. What the President sought to do was to clear the air and let people know that he has thought through this and he thinks its a good idea, he thinks others have done worse, he exposed the hypocrisy of his opponents and emphasised the fact that, in his view this is good for Ghana and therefore he was going to go ahead, despite what people say.

"What I am saying is that, Mr President, you are right but I think these concerns are valid, tell us what happens to Ghanaians who come into negative contact. Infact, the President does not have to do it himself, this is what the ministers and deputy ministers and other defence people can come up and explain."