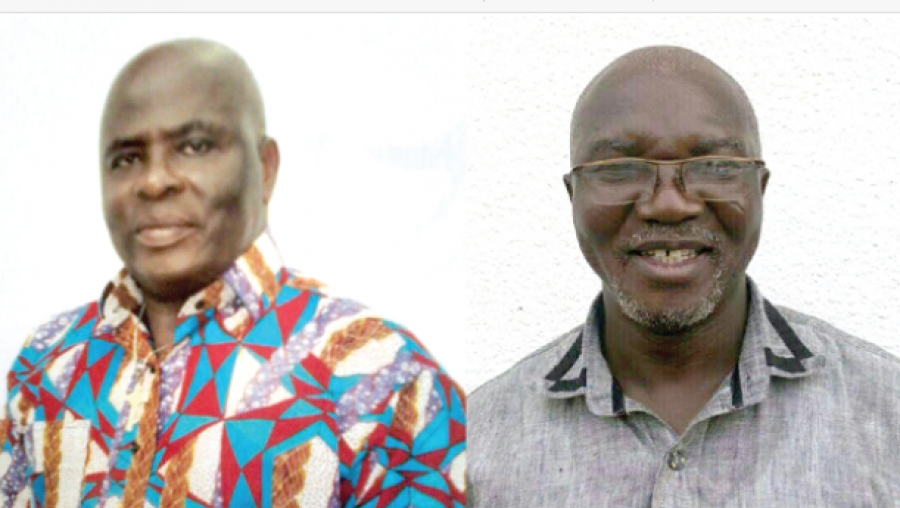 vacant after the elevation of the former Chairman, John Peter Amewu, to a ministerial position.

On Monday, March 26, 2018, all the six went through the vetting process successfully at the headquarters.

Though the campaign has been keenly competitive, there seems not to be a clear choice among the candidates as all the aspirants are working hard to woo more of the delegates to secure the position.

The aspirants have track records of holding key positions in the party at the regional level and are, therefore, well- connected to the grassroots.

They all have the desire to make the party attractive and to increase membership in the region considered to be the stronghold of the opposition National Democratic Congress (NDC).

Mr Boateng, for instance, said he would build a strong and united party by strengthening the youth, women, and Nasara groups and support best ideas that would double the fortunes of the party in the region.

According to him, he would re-introduce Operation Eagle Eye with modern technology to prevent non-Ghanaians from being part of the electoral process, especially during the registration period.

He was also to create a strong communication team to sell the party well in the region and also ensure the party deliver on its manifesto promises.

‘Being a well-connected man, I am targeting six seats for the party’, he declared.

Mr Wagba was in the race with four key focuses; to grow the party in the region, strengthen the party structure, empower the rank and file and retain power in 2020.

As a team player, mobilising and motivating all to work and attain a common goal was doable.

His leadership will ensure that all constituencies have vehicles for their operation and also introduce awards and constituency welfare schemes to reward and cater for the needs of party members.

One other person who believed he was the ultimate choice was Mr Woanyah. For his part, operating an open-door policy, being transparent and also improving party and government relations were some of the key things he would do when elected chairman.

He told the Daily Graphic that he was going to bridge the gap between the NDC and the NPP in the region and ensure that the Volta Region, which used to be the home of the  (UP) loyalists, returned to their roots.

Though not being very specific on the number of parliamentary seats he was targeting, Mr Woanyah said he would work hard to build a strong party at the regional level, create opportunities for members and improve on the 2016 performance of the party in the region.

Describing himself as the best man for the job, a veteran politician, Mr Avuletey, who was contesting the chairmanship position for the second time, said this was the time for the Volta Region to feel the presence of the party.

For him, he would connect with the citizenry by building a solid team that would win souls for the party.

‘Membership drive is my number one focus and will, therefore, work hard to add two more seats to the one we have secured in the region’, he stated.

The NPP, he said, already had good programmes dear to the heart of many Ghanaians and, therefore, with high commitment, the party was heading towards improving its fortunes significantly in the 2020 elections.

‘I would, therefore, set up permanent office structures in every constituency for the people to see how serious we are as a party and the love we have for them’, Mr Avuletey assured.

One other key issue was jobs for members. Mr Avuletey promised to use his connections to create opportunities for members to get jobs.

A legal practitioner, Mr Anku, said he was going to unite the party by bringing all onboard and also ensure teamwork.

Presenting himself as selfless, brave, respectable  and a true loyalist of the party, Mr Anku said he would make the party self-sustaining in the region without relying solely on money from the national headquarters.

Also on his agenda is to ensure that the right candidates are presented to contest parliamentary seats to increase the number of the party’s seats in the region.

‘Individuals who can win the seats for us but are less resourced would be assisted’, he said, adding that the party under his chairmanship would only work to achieve results.

Promising to win four more seats for the party in Buem, Kadjebi, Biakoye and Krachi East, Mr Agubiga said he would focus on what he termed ‘opportunity mapping’, which he explained would be to create opportunity for members to prosper.

To him, if the grassroots were maintained well, they would work hard to make the party attractive. ‘The margin from the last election was encouraging. We will make sure we don’t lose that number of supporters but rather add on’.

All the aspirants are optimistic about their victory,­ come April 22 when the regional elections would be held.