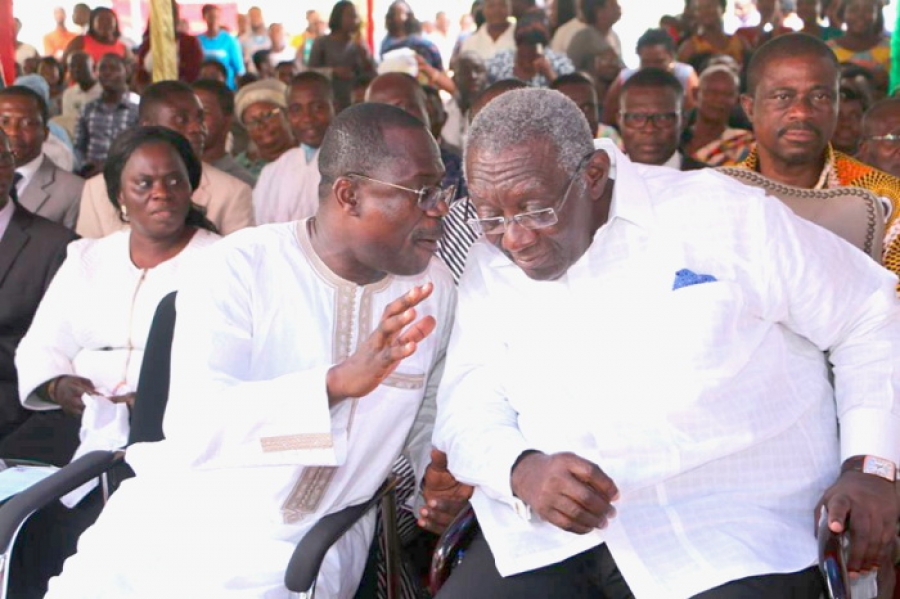 Former President John Agyekum Kufuor has cautioned Ghanaians against demonising profit-oriented businesses, saying such actions would not help the private sector to thrive.

He said even though the government would not tolerate corruption, people who were making their money genuinely should not be discriminated against or singled out for mud-slinging.

Former President Kufuor made the remarks when he joined workers of Jospong Group of Companies to mark their annual praise and thanksgiving service held in Accra on Sunday.

The event was organised to thank God for his mercies and appreciate his goodness which had enabled the Group to chalk up successes.

Held at the forecourt of the Zoomlion Ghana Headquarters at Nmai-Djorn in Accra, the three-hour programme was graced by some clergy and government officials.

The event was also used to honour former President Kufuor on the occasion of his 79th birthday.

Former President Kufuor urged the government to support the private sector to thrive, indicating that without them, it would be extremely difficult for any meaningful development to be achieved.

He said without the private sector, no government could be able to develop a country, particularly in the area of employment creation.

Former President Kufuor observed that multinational companies in Korea and the United States of America, for instance, were able to get to that peak because they had the backing of the government and the people.

“We should do same for our own private businesses,” he said.

In his remarks, the Executive Director of the Jospong Group of Companies, Mr Joseph Siaw Agyapong, applauded former President Kufuor for the various roles he played during the early years of the company.

He said the former President’s motivation and the support he gave him when he started the flagship company, Zoomlion Ghana Limited, in 2006, was what pushed him to pursue the agenda of helping to address some of the development challenges of the country.

“Apart from showing gratitude to God, I personally thank former President Kufuor who did not know me from anywhere but called me and encouraged me during the early years of Zoomlion. It was his words that motivated me to do things I never thought I could do,” Mr Agyapong said.

Dr Agyapong also commended the staff of Jospong Group of Companies for their dedication and commitment towards the company.

Acknowledging the successes the company had chalked up, he also talked about some of the challenges that it had gone through, particularly this year.

He indicated that although a lot of attacks were being launched against the company, that agenda would not bear fruits because “the company is rooted in the principles of God.”.

“I would have been worried if God was not part of the company from day one but once we know this company has the backing of God, no stone thrown against the company will stand,” Mr Agyapong added.

For his part, the International Missions Director (IMD) of the Church of Pentecost, Apostle Emmanuel Gyesi-Addo, urged the public to show gratitude to God regardless of the challenges they encountered in their daily lives.