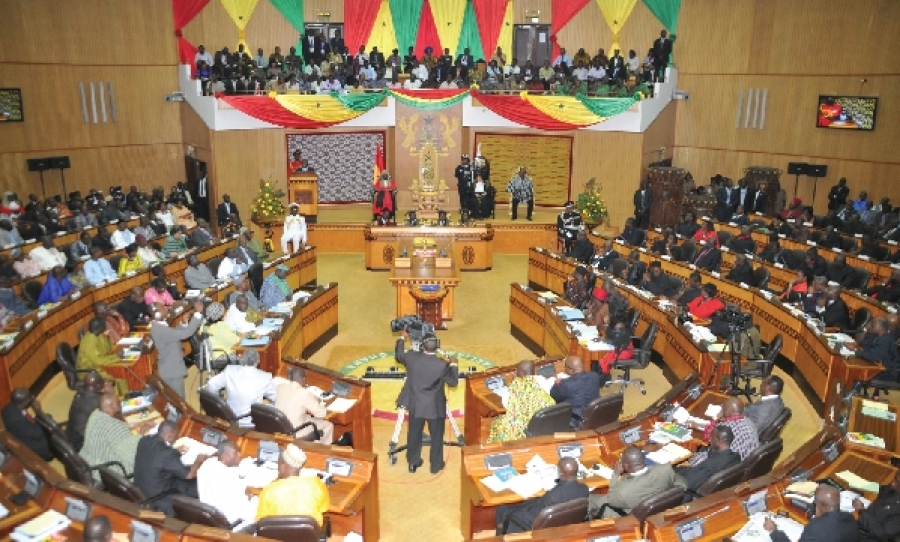 Parliament on Tuesday approved the 2018 Budget and Economic Policy after a gruelling concluding debate between the Majority Leader, Mr Osei Kyei-Mensah-Bonsu, and the Minority Leader, Mr Haruna Iddrisu.

The Minister of Finance, Mr Ken Ofori-Atta, presented the budget to Parliament on November 15, 2017 and the debate on it began on November 21, 2017, with Majority and Minority Members of Parliament (MPs) slugging it out in many areas.

As anticipated, Tuesday’s concluding debate, which was witnessed by the Finance Minister, was a contest as to which political party in government was the better manager of the economy.

There was also a clash between Mr Kyei-Mensah-Bonsu and Mr Iddrisu concerning the true state of the economy.

With the passage of the budget, the next move by Parliament is to consider and approve the annual budget estimates of the various ministries, departments and agencies (MDAs).

Mr Iddrisu, who set the tone for the debate, accused the government of dwelling so much on slogans without focusing on the work, saying, "Go to work and stop the slogans."

He faulted the government for allocating GH¢13 million to Ghana Bauxite and Aluminium Resources, which was not a legal authority.

"The NDC Minority will resist this illegality when we come to appropriation. Majoritarian rule cannot side step the laws of the land," he cautioned.

He also said the GH¢400 million allocated for insurance for the agricultural sector was too high.

Mr Iddrisu said the free senior high school (SHS) policy had been moved from the Ministry of Education to the Office of Government Machinery or the Presidency.

For instance, he said, GH¢1.137 billion had been allocated to the Office of Government Machinery for the free SHS policy, instead of to the ministry responsible for Education.

He said the free policy had also been denied parents whose children were in the second and third years in SHS.

That, he said, was discriminatory, since the New Patriotic Party's (NPP’s) campaign promise had been to make SHS education free for all students.

The Minority Leader said government policies to create employment were not sustainable.

For instance, he said, the GH¢600 million allocated for the recruitment of 100,000 graduates under the National Builders Corps would see each graduate employee taking only GH¢500 monthly.

Mr Iddrisu said it was the erstwhile National Democratic Congress (NDC) government that laid the solid foundation for the current macroeconomic gains in the country.

He said the NPP was only reaping the benefit and asked the government to acknowledge the achievements of the past government and build upon them.

He rejected the suggestion by the Minister of Finance that it was this government that ended the power outages (dumsor) that had plagued the country for about four years.

"The NPP inherited an economy where energy was guaranteed in terms of expansion," he said.

Taking his turn, Mr Kyei-Mensah-Bonsu defended the budget as a “fit-for-purpose budget” that must be supported by all.

He said the budget, which was prepared by the Minister of Finance and his competent lieutenants, contained policies to grow the economy and create jobs to improve the living standards of the people.

He said the budget focused on ensuring macroeconomic stability, industrial transformation, the promotion of agriculture and the creation of opportunities for the private sector.

He said the thrust of the budget, as envisioned by the President, was to create opportunities for all.

The Majority Leader said the government was laying a proper foundation to propel the country's socio-economic development.

"Proper foundation is being laid to grow the economy in leaps and bounds. We are working together as one nation to put Ghana back to work," he said.

Mr Kyei-Mensah-Bonsu said the economic performance of the Mills and the Mahama administrations was not impressive.

He said the NPP government had demonstrated that it performed better than the NDC in the management of the economy.

"The fact is that the NPP is a better manager of the economy," he said.

The Majority Leader said it was wrong for the Minority to indicate that the current government had not added a volt of power to the national grid since assuming the reins of power 11 months ago.

He said no government, in the country's history, had been able to add any power to the national grid in its first year.

He said the budget had made provisions for the creation of many jobs for the youth, especially in the agricultural sector.

Mr Osei-Kyei-Mensah said although the GH¢500 monthly allowance for each graduate who would be engaged under the National Builders Corps "is not enough, it is a useful beginning".

Delivering his final comments, Mr Ofori-Atta said the government was laying the foundation to propel the country's socio-economic development and bring Ghana back to work.

Besides, he said, the government's key policies of free SHS, Planting for Food and Jobs and one-district, one-factory were being implemented.