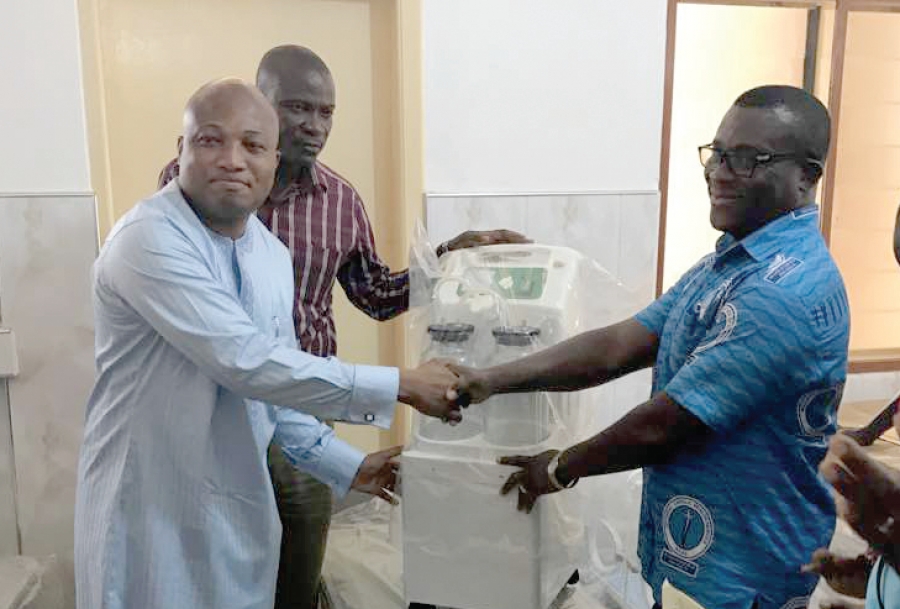 The Member of Parliament (MP) for North Tongu, Mr Samuel Okudzeto Ablakwa has supplied a set of medical equipment to the Battor Catholic Hospital in the North Tongu District of the Volta Region.

At a brief ceremony to handover the equipment to the hospital authorities last Thursday, the legislator said the gesture was in response to an urgent appeal sent to his office to help retool the facility, which is a major referral centre for emergencies including  paediatric cases.

Mr Ablakwa noted: “We all know about the quality of health care this hospital provides to our people and others from parts of the Greater Accra and Eastern regions. So when the management sent an SOS message to me for support,I quickly liaised with the DCE to mobilise these equipment to address their immediate needs which include an incubator for the neonatal unit.”

The gesture was, therefore, part of an effort to retool the 60-year-old hospital to effectively attend to the health care needs of people within its catchment area, he added.

The hospital’s Neonatal Intensive Care Unit, which receives an average of 50 pre-term cases for instance does not have a single incubator to handle such premature babies, compelling health practitioners to adopt improvised techniques.

This, the Medical Superintendent, Dr Bernard Hayford Atuguba indicated contributed to about 28 per cent neonatal death at the hospital.

‘Due to the absence of an incubator, we have to improvise means of taking care of premature babies after delivery. We have to wrap such babies in napkins or use the kangaroo technique to keep them warm”, he stated.

He noted that because of the presence of about four gynaecology/obstetric doctors in addition to the only pediatrician in the region, the hospital recorded high attendance, with 70 per cent of patients coming from the Greater Accra and Eastern regions.

The management of the hospital, led by its Administrator, Mr Donatus Adaletey,who received the medical equipment, expressed delight at the MP’s gesture, adding that some of the items would be used to furnish the hospital’s new accident and emergency centre, which is currently ill-equipped.