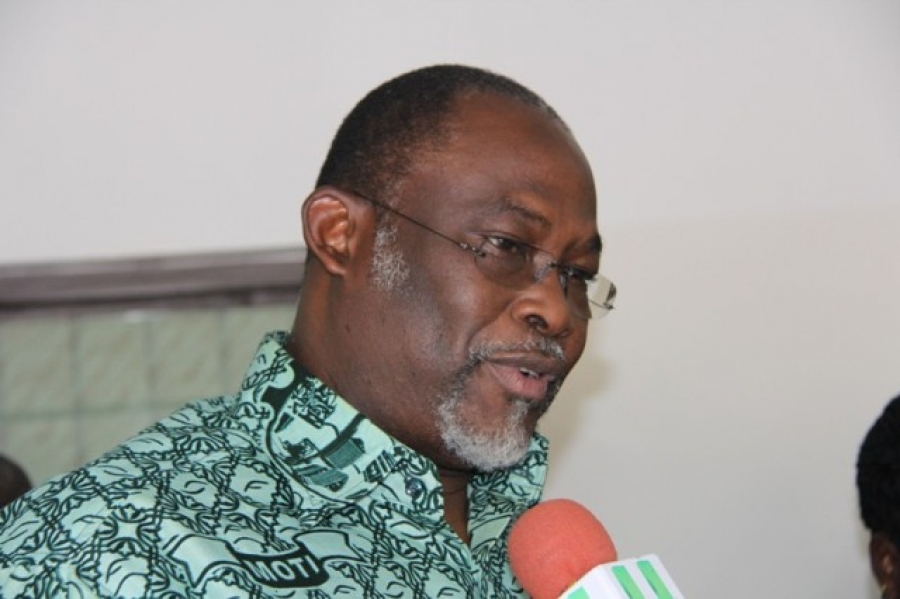 The Unity Walk organised by the National Democratic Congress (NDC) in Cape Coast in the Central Region last Sunday to reorganise grass roots support also offered an opportunity for some presidential hopefuls to market their ambitions.

Visibly among them was Dr Ekwow Spio-Garbrah.

Some party supporters were clad in Spio-Garbrah-branded T- shirts with the inscription: “I’m a proud member of “Spio-Garbrah Fun Club. Are you? Join today,” while a truck which led the walk had Dr Spio-Garbrah’s banners on it.

Dr Spio-Garbrah said he knew of the T-shirts and posters and told a section of journalists after the walk that, “We are now expressing interest until the green light is given when we will make a declaration.”

Sharing his views on the Kwesi Botchwey (KB) Report, Dr Spio-Garbrah said there was the need for the party to release the report to members to serve as a guide in the 2020 election, saying, “We can release the report in different forms — unedited, summary, among others.”

“If we don’t examine why we lost, we will go into 2020 with broken limbs and commit the same mistake we made in 2016 if details of the report are kept among just a few people at the top,” he said.

The national executive of the party have refused to make details of the report public, months after it was presented to them.

The report is a painstaking work by a committee set up by the party to examine what led to the party’s defeat in the 2016 general election. Though some media houses have made several publications which they attributed to the KB Report, the party has come out strongly to debunk those reports.

Dr Spio-Garbrah said it was important for party executive at all levels to keep abreast of what “fully and rigorously” contributed to the party’s defeat in 2016.

“Unless the party comes to understand properly and thoroughly the 2016 loss through the Kwesi Botchwey Report, we will go into 2020 and probably make some of the same mistakes,” he added.