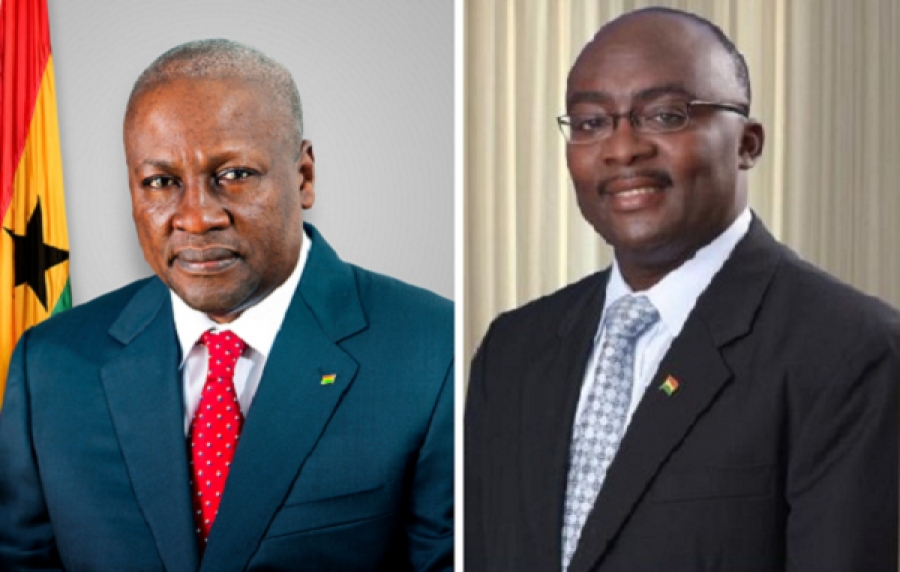 What’s up with Mahama and Bawumia? Featured

So over the weekend, the National Democratic Congress (NDC) had what it called a “unity walk” in the Central Region.

The aim of the walk was to bring together a party which had left some of its members feeling estranged from the party after eight years in power. The main celebrant at this unity walk was Ex-President John Mahama.

Mr. Mahama addressed a number of issues. One of which had to do with the attempt by government to digitize the addressing system in Ghana. Specifically, the Ex-President took a shot at the software underlying the digital address initiative – a software which in the view of some experts need some more work in order for it to achieve its aim.

The Ex-President wondered why the President, Nana Akufo-Addo, was made to inaugurate a soft ware which was already in the public domain. And he stepped up his attack on Vice President Bawumia by saying: "Why will you embarrass the President so much? You go and take a whole President to bring him to come and launch a system that is 419.”

Now I was home wondering, why did the Former President place the current President in a sympathetic position and go all out on the Vice President rather?

The answer for me is simple. There is clearly some bad blood between the two personalities. Remember when the New Patriotic Party (NPP) was in opposition. They always lumped the then President and Vice President together in their criticism. So often you would hear “the Mills-Mahama administration” or the “Mahama-Amissah- Arthur administration”.

As pointed out earlier, there are clearly hurt feelings and emotions at play. The Ex-President was aiming at someone who frankly debased him by describing him as incompetent. Not on one occasion but on so many occasions.

So one would have thought that if the current Vice President could dish it all out, then he should be able to take it all as well.

But no. he would have none of that. In his view, the Ex-President did not have the right to describe the national addressing system as a 419 – a kind of “if you live in a glass house don’t throw stones” argument.

So he went to town. He noted: “The National Digital Property Address System:

• Is not your 419 Smarttys Bus Branding scam

• Is not the 419 GH¢657m Woyome, Waterville and other judgement debt scams”

And the war of words will continue. He goes on to give an open threat. He says: “Ghanaians will find out more soon as people are held legally accountable.”
This has been interpreted as an indication that government intends to prosecute officials of the previous administration for alleged wrongs and mismanagement that took place under their regime.

This statement from Vice President Bawumia is however problematic. One would have thought that the government will simply go ahead with the prosecution of persons who have committed crimes against the state and its citizenry without the need for a threat.

After all, prosecutions and politics are a dangerous mix. Just do what you say you will do. Period. Remember that somewhere in August, a deputy Attorney-General was quoted in the dailies and online portals as saying that prosecution of persons who have mismanaged the assets of the country will begin in October.
In an interview with citifm, he stated “by October when we start moving to court with some of the cases, Ghanaians will know that we are serious and we are ready to fight corruption as a canker in this country and uproot it once and for all.”

And guess what, October has just passed and there is nothing to show for it. Does it mean that the government is not serious in its fight against corruption?

I have a word of advice for the two personalities here. They should watch their words. Much as it is hard, they should avoid taking personal shots at each other.
At the very least, they should remind themselves that the world is watching. And they should conduct themselves with decorum and grace. Its time for them to call a truce.