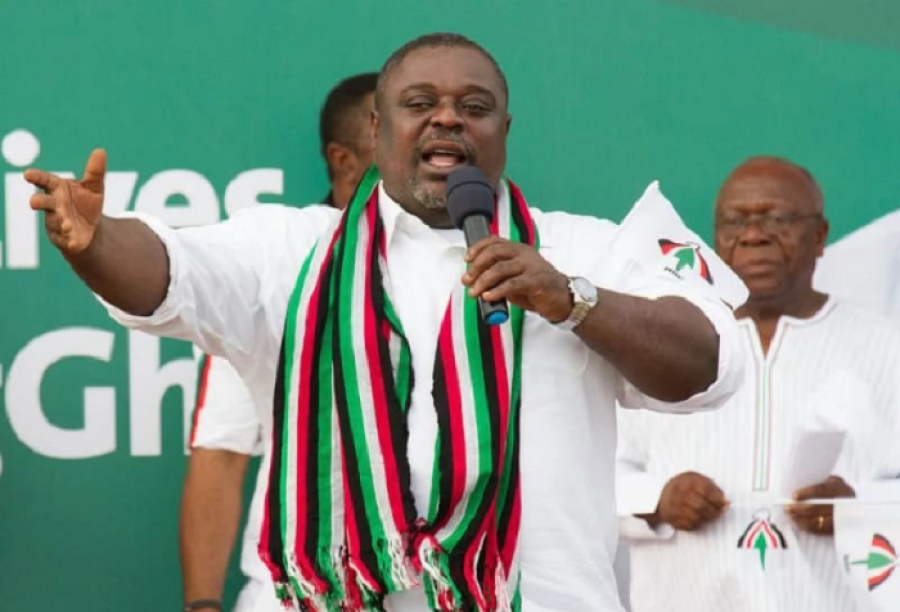 The National Democratic Congress (NDC) has drawn a comprehensive plan of action to reclaim political power in the 2020 Presidential and Parliamentary elections.

The plan, which included all internal elections and the biometric re-registration of party members, was adopted at a National Executive Committee (NEC) meeting last Thursday. It was chaired by the National Chairman and Leader of the party, Mr Kofi Portuphy, and in attendance were representatives from all the 10 regions.

Disclosing details of the plan to the Daily Graphic in Accra last Friday, the Deputy General Secretary (Operations), Mr Koku Anyidoho, said branch elections across the length and breadth of the country were scheduled for the last week of January 2018 while March 24 and 25, 2018 had been set aside for constituency elections.

The deputy general secretary stated that Regional Youth/Women and Zongo Caucus elections would come off between June 2 and 3, 2018 with regional elections slated for June 8 and 10, 2018.Mr Anyidoho indicated that the National Youth and Women’s Youth elections would be held between July 13 and 14, 2018.

Mr Anyidoho indicated that the National Youth and Women’s Youth elections would be held between July 13 and 14, 2018.

He said that would be followed by the National Congress to make amendments to the NDC’s Constitution (if any) and also to elect the National Executive between July 27 and 29, 2018.

Shedding light on the biometric re-registration, Mr Anyidoho said the NEC unanimously decided that the last attempt to create a biometric registration did not work well in the interests of the party and needed to be discarded.

In line with that, he said the party would undertake a full and fresh exercise to register old and new members.

He explained that the decision by the NEC was consistent with the desire of the majority of the party’s grass root which is lucidly captured in the Professor Kwesi Botchwey Committee’s report and which was one of the major recommendations of the committee.

He further said the re-registration was intended to reawaken all the branches of the party across the length and breadth of the country since the branches would be solely responsible for the registration because they were stronger and together.

Besides, he said, members at the branches knew one another and that the branch register would not be carried to homes unlike the previous exercise where booklets were moved to homes and enabled people to skew the registration.

The move is also to ensure that members who attend meetings of the party and are well known by members register. This will prevent non-party members to infiltrate the biometric exercise and get their names on the new register.

It’s also intended to ensure the credibility of the register and to empower party members to contest elections at the branches, constituencies and regions and satisfy future migration or transfer of votes.

He further explained that the move was only meant to ensure the credibility of the biometric register and not to disenfranchise any party member.

According to Mr Anyidoho, the grass root of the party have fully endorsed and received the new measures with excitement.