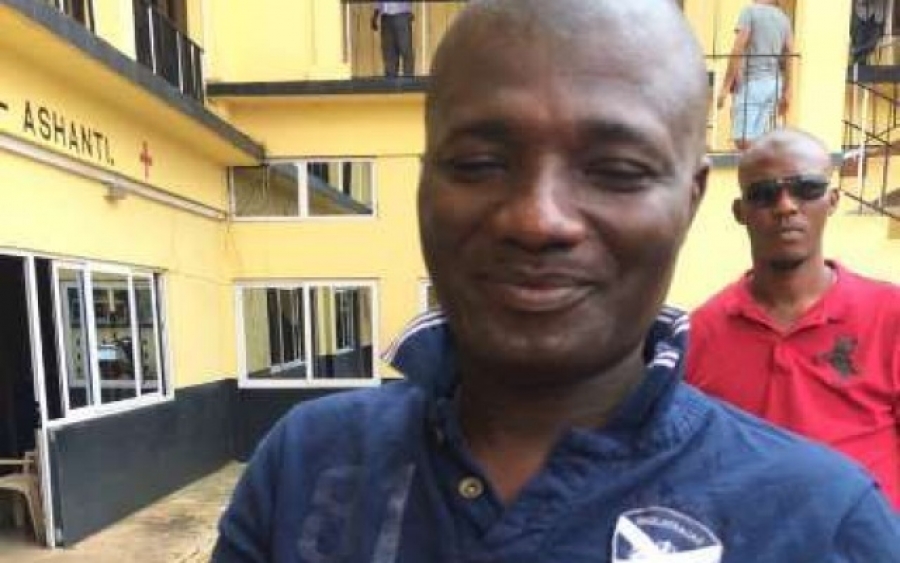 Staunch supporter of the National Democratic Congress (NDC) Frank Kwaku Appiah widely known as Appiah Stadium has said that he was forced to record the telephone conversation he had with former President John Mahama.

According to the Kumasi-based NDC serial Caller, military men held his throat and threatened him to say certain things against the NDC while speaking to the former President.

Appiah Stadium’s comments follow an earlier video in which he is seen speaking on phone with a person believed to be former President John Mahama.

In the video which went viral on social media, Appiah Stadium pleaded with the former President to intervene on his behalf as some appointees of the Erstwhile NDC government wanted him imprisoned by the current government.

However, hours after the first video went viral, Appiah Stadium in a second video said he was threatened by soldiers to say bad things against his party (NDC).

“During my conversation with former President Mahama, I was surrounded by soldiers who were strangling me. Anyone in my shoes would have said worse things,” he explained.

He said the video was deliberately leaked to disgrace and to also cover up the impasse between Kwame A Plus and the two Deputy Chiefs of Staff, Francis Asenso-Boakye and Samuel Abu Jinapor.

“The NPP deliberately leaked the video to taunt the NDC and cover up the corruption allegations levelled against some appointees at the Presidency by A Plus. That video is useless and anyone who has it should throw it away,” he stressed.