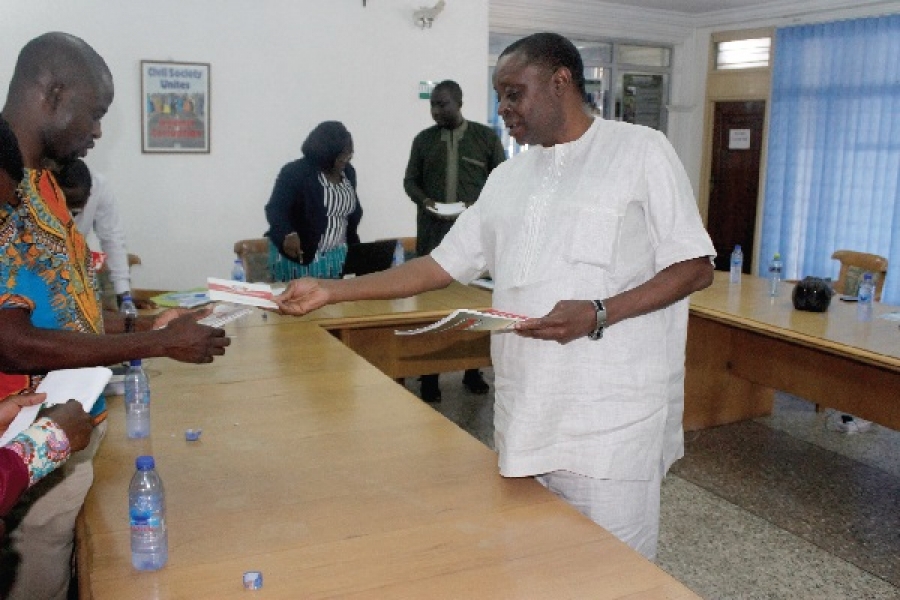 The Executive Secretary of the Economic and Financial Crimes Unit of Nigeria (EFCU), Mr E.A. Aremo, is urging strong collaboration between Ghanaian and Nigerian anti-corruption institutions.

Such collaboration, he said, would help in curbing illicit financial inflows (IFFs), which is money that is ‘illegally earned, transferred, or utilised,” in the two countries.

It is estimated by a Ghanaian tax expert, Mr Abdallah Ali-Nakyea, that currently, Africa loses about $50 billion annually in IFFs that include tax evasion, money laundering and activities in the extractive sector yearly.

The collaboration will enable agencies to better track those engaged in money laundering and other corrupt activities, as well as funds stashed abroad.

Mr Aremo was part of a five-member delegation from Nigeria which was in the country over the weekend to engage with government institutions and civil society organisations on best practices in the anti-corruption campaign.

The five-member team was made up of an official of the Civil Society Legislative Advocacy Centre (CISLAC), the Nigerian Chapter of Transparency International (TI), Mr Lukman A. Adefolahan, the News Editor of This Day newspaper, Mr Abinbola Akosile, an official from the Centre for Democratic Development (CDD) Nigeria Yusif Shemsude, and the Chairman of the anti-corruption unit of the Federal Ministry of Justice, Mr Odesanya Kolawole.

At the meeting with the Ghana Integrity Initiative (GII) and some journalists, after visiting the Commission on Human Rights and Administrative Justice (CHRAJ) and the Economic and Organised Crime Organisations (EOCO), Mr Aremo also said the collaboration of media institutions was vital in the fight against corruption.

He added, however, that the ownership of media organisations sometimes posed a challenge in the fight against corruption, as some owners were against the campaign.
He expressed his excitement over the possibility of the anti-corruption agencies collaborating on such efforts.

Sharing his experiences, Mr Aremo said the EFCU collaborated well with some private media organisations, which published their messages, notices and operations to inform and warn people.

He mentioned other challenges as the political will in the prosecution of Politically Exposed Persons (PEPS) and the frivolous and unnecessary contests in courts against their actions by those found culpable.

He expressed his satisfaction, however, that with new practice directives, the Judicial Service in Nigeria was fast-tracking corruption cases.

Mr Aremo said the EFCU was also in talks with the government for a dedicated source of funding for their activities.

Other members of the team wanted to know how journalists could work effectively without a freedom of information law and the cooperation of government institutions in the fight. against corruption.

Ghanaian journalists and officials of the GII shared work on the anti-corruption campaign.

They shared their frustrations with government agencies, some of whom were opposed to any release of information.

The meeting ended with an agreement among members to liaise and form a regional anti-corruption advocacy group to share ideas and give impetus to the anti-corruption effort across borders.