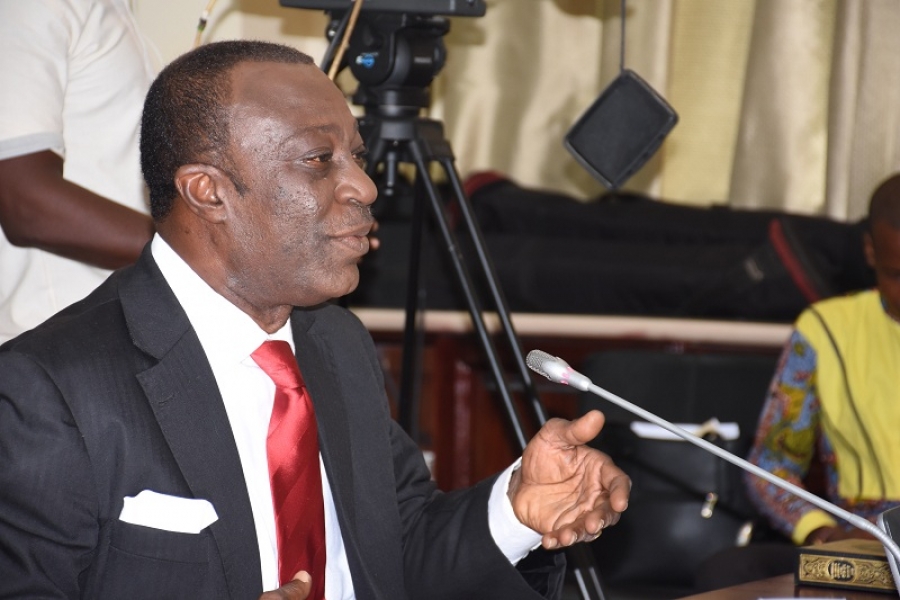 Ministers who overspend to be sanctioned

The Minister for Monitoring and Evaluation, Dr Anthony Akoto Osei, has reiterated his commitment to sanction ministers who failed to spend within their approved budgets.

He said his ministry would, therefore, push for the passage of the Fiscal Responsibility Act, which among other things, sought to check the expenditures of ministries.

“The new bill says that any person who exceeds what is budgeted for is liable to sanctions so if you tell me a ministry has overspent, the minister has to be charged or the chief spending officer or whoever made it happen has to be liable for sanctions as the law said,” he stated.

The minister said that at the launch of a corporate governance report, which was undertaken by the Association of Chartered and Certified Accountants and the KPMG.

He said ministers had to start among themselves by ensuring good governance structures.

“I will, therefore, continue to use my office to try and help myself and my colleagues to do what is right and impact it unto the other public institutions because it has a relationship with growth,” he said.

Dr Akoto Osei also called for a new code that would guide appointments unto public boards.

“Public boards have not performed well and the political situation may be part of the reasons that they don’t perform well so we need to change that,” he stated.

He said his experience on one public board had taught him that there was a lot of work to be done when it comes to the appointments of public boards in the country.

“I don’t think that when they are appointed by the authorities, they expect them to go and misbehave but somehow they get there and they behave that way,” he noted.

In appointing people unto public boards, he said, the ministers should look at competence, attitude, commitment, integrity which is lacking in most of the people who are appointed to public boards.

“But if the sector minister recommends people that are his friends then it becomes worrying. I’m not saying don’t appoint your friends, but be sure that when they go, they are not going to embarrass you,” he stressed.

The minister also called for the need to sanction people who misbehave on public boards.

“People must be sanctioned but in Ghana we are afraid to sanction so it continues. If people on boards commit mistakes, they should be made to pay for them and not just sacked,” he said.

The report indicated that Ghana ranked 12th out of 15 countries accessed for good corporate governance systems.

The study, which was conducted by KPMG and the ACCA, was on the theme ‘Balancing rules and flexibility’. It focused on 15 markets on the continent of Africa.

According to the report, the reasons for the focus on Africa were compelling as, according to World Bank data, Africa had six out of the 12 fastest growing economies between 2014 and 2016 and the continents population was set to move to more than double by 2060.

“This growth requires investment and investors will only invest where they can see a strong and effective corporate governance infrastructure to protect their investment,” the report stated.

“Studies have shown that investors are willing to pay a premium for companies with good governance and this price premium is even higher in markets with weak legal protection,” it added. — GB