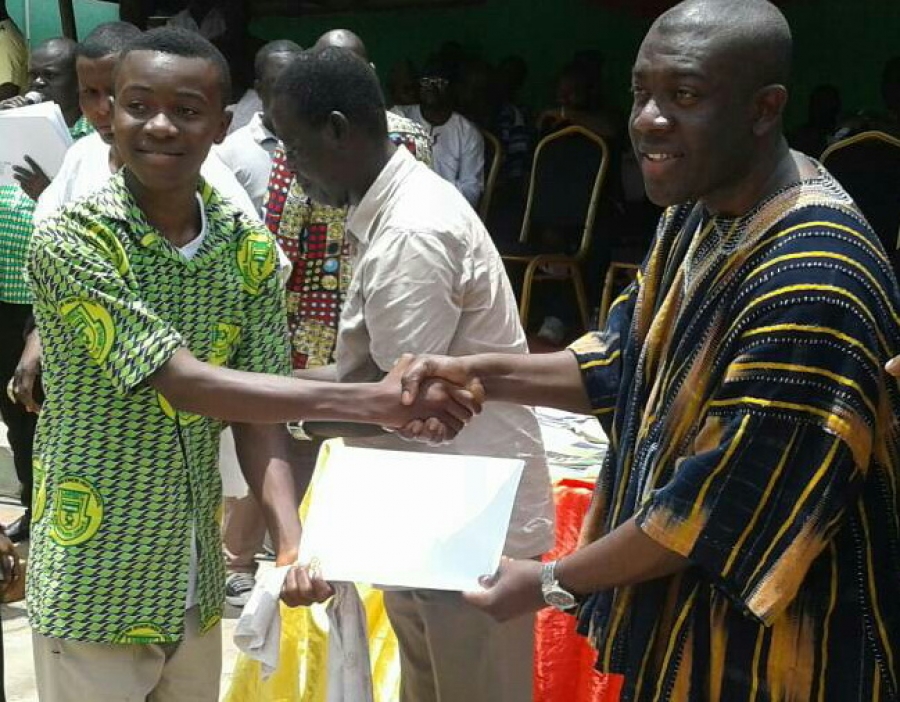 As part of his commitment to improve the standard of education in his constituency, the Member of Parliament for Ofoase-Ayirebi and Deputy Minister for Information, Mr Kojo Oppong Nkrumah, has awarded scholarships to 200 students in the area.

The beneficiaries were made up of 35 university students, 31 nursing and teacher trainees and 134 forms two and three senior high school (SHS) students.

Mr Oppong Nkrumah told his constituents that he was hopeful that by the close of his four-year tenure majority of students in the area would have benefited from the programme.

He assured all those who could not benefit from the scholarship to exercise patience, since he was optimistic that the amount would increase to cover majority of students.

He urged parents to ensure that their children made adequate use of the opportunity by encouraging them to take their studies seriously to propel them onto greater heights.

He cautioned the beneficiary students to be disciplined and strive hard to achieve academic excellence and defy all odds to attain a respectable status in life as “that is what the scholarship seeks to achieve.”

The deputy minister said the scheme would from next year promote skills development to enable beneficiaries to develop their skills and improve their lives.

"Let me say that measures are in place to facilitate the provision of over 3,000 electricity meters for residents who were not catered for in the first phase of the meter installation in addition to 27 communities that would receive electricity under the electricity extension programme that would commence in the constituency," he added.

The Akyenmansa District Chief Executive, Mr Paul Asamoah, thanked the MP for his support to the students in the area and assured him of the district's commitment to complement "the good work that you are doing".

He expressed gratitude to the selection committee of the scholarship scheme for doing due diligence by broadening the scope of beneficiaries from every community within the constituency.

Mr Asamoah appealed to the government to help the district since the area was bedeviled with numerous challenges.

He bemoaned the fact that a district with a total population of over 114,000  did not have a hospital and described it as very worrying.

The District Director of Education, Madam Elizabeth Amanor, advised parents to devote their time and resources to their children’s education and monitor the progress of their children to ensure that the efforts made by the MP did not go down the drain.