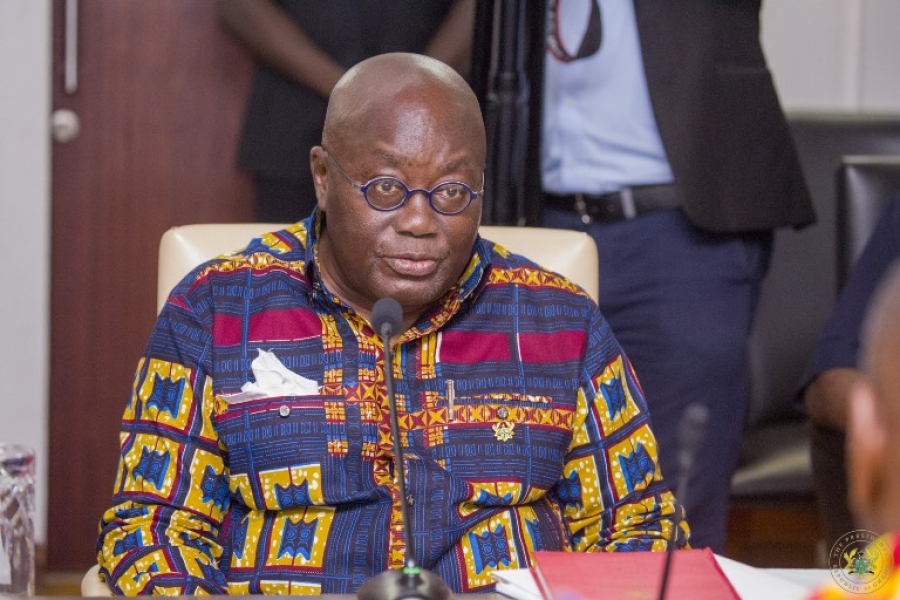 The President, Nana Addo Dankwa Akufo-Addo, has assured that the Free Senior High School (SHS) policy had come to stay.

“The Free SHS policy has come to stay and will be sustained”, he said.

The President said this when he addressed a group of Ghanaians in New York during a dinner held for him and the First Lady, Mrs Rebecca Akufo-Addo by the Ghana Mission in New York..

The President together with the First Lady, Mrs Rebecca Akufo-Addo are in New York to participate in the 72nd United Nations General Assembly.

The dinner, which was well attended by Ghanaians including traditional rulers leaving in and around New York City was also attended by all the government’s delegation participating in the UNGA who also included Members of Parliament (MPs) and other politicians as well as some members of Civil Society Organisations (CSOs) from Ghana.

The President, ended a brief remark with the statement “The Free SHS policy had come to stay” amidst teasing of opposing MP, Mr Okudzato Ablakwa, who is the Ranking Member on Foreign Affairs.

He said the task left behind to re-build the nation was huge but was quick to add that “I am not daunted”.

“We have many great assets in Ghana, the biggest being the people who are very resilient and determined”, he said.

“If we can mobilise their goodwill we can do a lot of things for that country”, he added.

“We are trying to begin things again in Ghana”, adding that It is not going to be easy but gave the assurance that “we’ve began”.

He however, cautioned that “no matter the differences of opinion that we may have on issues and how it should be done, the commitment on the Ghana project should bind us and keep us focused”.

He ended his speech saying, “just to conclude, once again, to my good friend Ablakwa, the FSHS has come to stay and will be sustained”, amidst cheers and laughter from the audience.

The President on Sunday, in a closed-door meeting, met with UN Secretary-General António Guterres and the group of 17 eminent persons serving as Sustainable Development Goals Advocates.

The President Nana Addo Dankwa Akufo-Addo is on Thursday, September 21, 2017, expected to address the General Assembly.

The theme for the UNGA 72nd session is “Focusing on People: striving for peace and a decent life for all on a sustainable planet”.