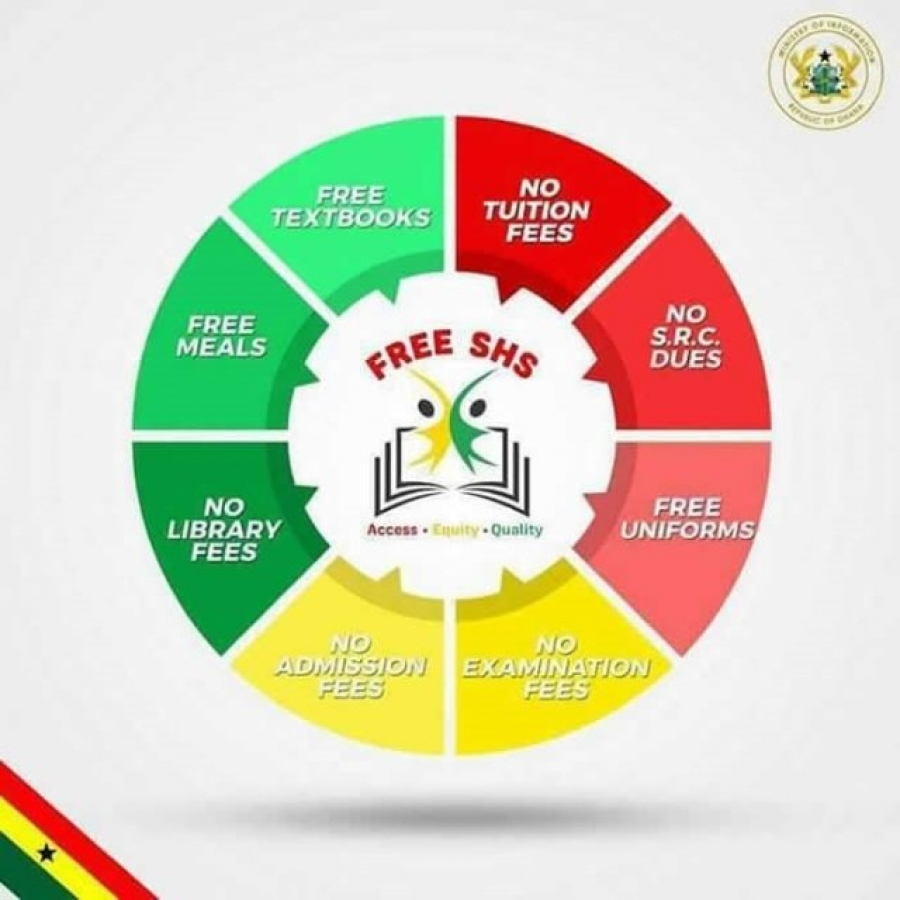 More than eight years after it was touted by the New Patriotic Party as a major policy decision that could propel the country’s development, the free Senior High School programme will kick into action Monday as schools across the country reopen.

About 400,000 students are expected to benefit from the education policy that will exempt them from paying for tuition and other fees.

At the launch of the logo for the policy two weeks ago, the President said apart from free tuition there will be no fees collected for use of the library, computers, utilities etc.

There will also be a free hot meal for day students as well.

When President Nana Akufo-Addo launches the programme at the West African Senior High School (WASS) in Accra on Tuesday, September 12, 2017, it will be a fulfilment of his long held campaign promise as far back as the 2008 elections.

The National Democratic Congress (NDC) administration which won elections in 2008 rolled out what it called the progressively free Senior High School education in 2014.

However, the NPP's free SHS promise gathered momentum again in the 2016 elections despite an attempt by the previous NDC government to tout the 2014 policy as a better option.

Having won the elections in 2016, the Akufo-Addo government said it will not compromise on implementing the flagship policy despite a number of criticisms -- some from within his government.

The President, at any given opportunity, never fails to mention the policy and his obsession to execute it through his “vibrant and energetic” Education Minister, Dr. Matthew Opoku Prempeh.

The President is expected to provide further details on policy during the launch programme when he launches the policy on September 12.

The debate over the source of funding for the free SHS program remains contentious.

Senior Minister, Yaw Osarfo Maafo has said the government would use money from the Heritage Fund to fund the policy, but this has been heavily criticised. Critics say the Heritage fund was meant to be reserved for the use by future generations.

However, Finance Minister, Ken Ofori-Atta subsequently announced that contrary to Mr. Osafo Maafo’s claims, the program will be funded with the Annual Budget Funding Amount (ABFA). He said it will cost government GH¢400 million to implement the programme for just the 2017/2018 academic year.

Meanwhile, former Deputy Education Minister, Samuel Okdujeto Ablakwa, is convinced the design of the programme will work against quality education.

"It is not sustainable, especially under the current circumstances. If they want to just for political expediency [implement it] quality will have to suffer," Mr Ablakwa said recently.

Currently, some schools are yet to receive funding for the implementation of the policy in spite of assurances by the government it will reflect in their accounts last Friday, September 8, 2017.

Joy News checks reveal that the heads of the schools, who have been constantly monitoring bank details of their institutions, are yet to receive the said amounts.