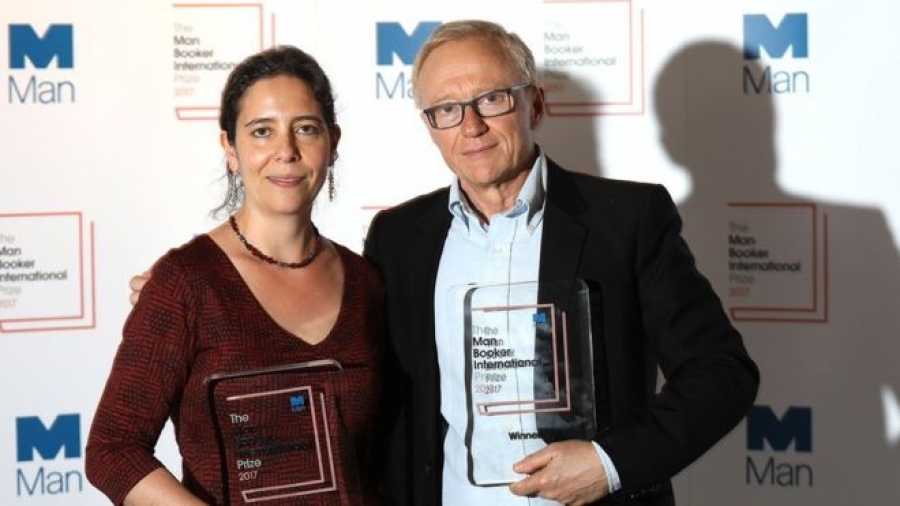 He split the £50,000 cash award for his winning book, A Horse Walks Into a Bar, with translator Jessica Cohen.

Chosen from 126 titles, it tells of a stand-up comedian living in a small Israeli town who falls apart on stage in front of an audience.

The Colchester-born author, 63, who was given the award at a ceremony in London, and said he would "cherish" it.

Nick Barley, chair of the judging panel, said Grossman had "attempted an ambitious high-wire act of a novel" and "pulled it off spectacularly".

"A Horse Walks Into A Bar shines a spotlight on the effects of grief, without any hint of sentimentality," he added. "The central character is challenging and flawed, but completely compelling."

Grossman has been writing since the late 1970s and has won awards in Israel and around the world, with his books being translated into more than 30 languages.

To be considered for the prize, books had to be translated into English and published in the UK between 1 May 2016 and 30 April 2017.

Six were shortlisted for this year's award. Grossman was up against fellow Israeli author Amos Oz for Judas, Compass by Mathias Enard, The Unseen by Roy Jacobsen, Mirror, Shoulder, Signal by Dorthe Nors and Fever Dream by Samanta Schweblin.

This is only the second year that the prize has been awarded to a single book. Before 2016, the Man Booker International was awarded every second year to an author for their entire body of work.