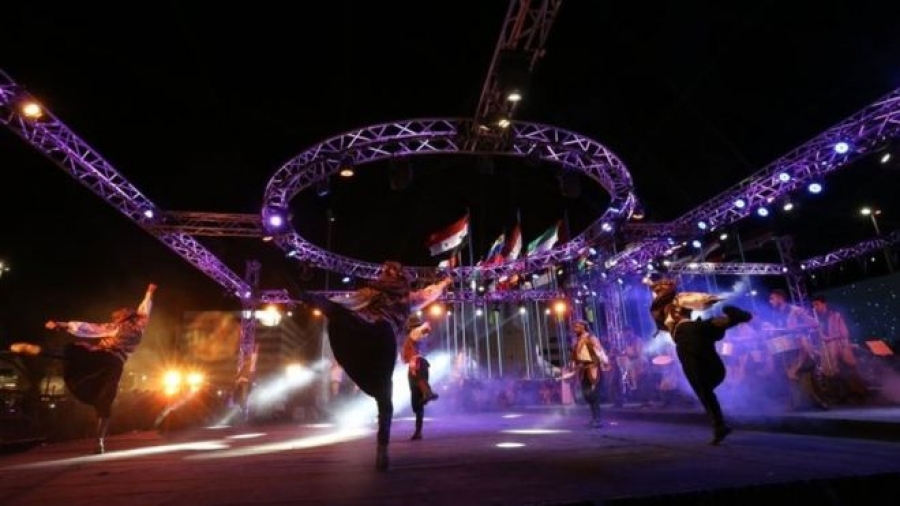 A rocket has struck close to the entrance of a trade fair in the Syrian capital, Damascus, Syrian media say.

The Damascus International Fair is being held for the first time since the Syrian conflict broke out in 2011.

The fair, which has another 10 days to run, had been a key business event before the Syrian conflict broke out.

Its general director, Fares al-Kartally, told AFP news agency earlier in the week that holding the fair, which opened on Thursday, reflected "the return of calm and stability in most regions" and would "signal the start of [the country's] reconstruction".

The UK-based Syrian Observatory for Human Rights said about a dozen people had been injured in addition to the five dead.

Damascus has been spared the worst of the conflict, which recent de-escalation zones have eased further, but has suffered missile attacks from rebels.

Syria's war has left more than 330,000 people dead and has displaced millions more.