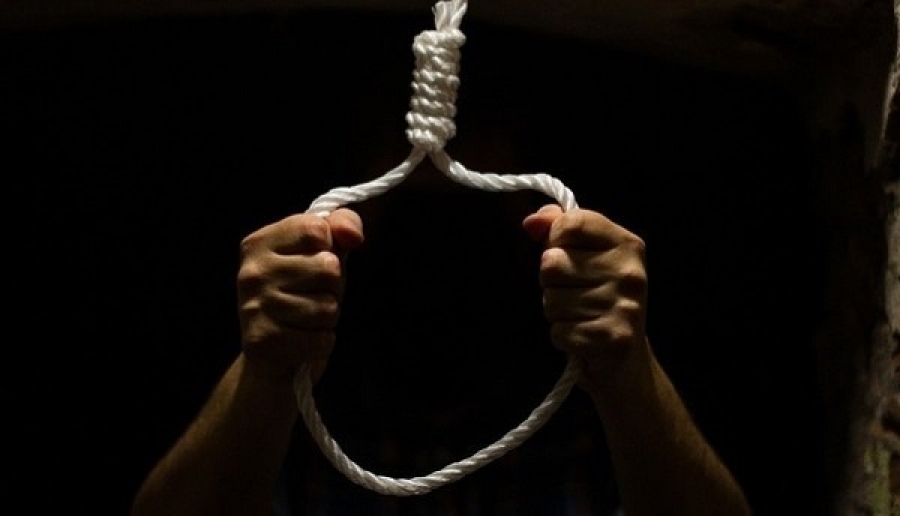 As the world marks World Suicide Prevention Day today September 10, 2019, Chief Executive of the Ghana Mental Authority, Dr. Akwasi Osei, has called on Ghanaians to come together and help reduce the number of suicides being witnessed across the country.

Suicide is the act of intentionally causing one's own death and it happens every day and everywhere in the world.
However, most occur in low and middle-income countries, which accounted for almost four-fifths of global suicides in 2016.

It is estimated that nearly 800, 000 people die each year from suicide. Also, 20 per cent of global suicides is pesticide self-poisoning, most of which occur in rural agricultural areas in low- and middle-income countries. Other common methods of suicide are hanging and firearms.

In a statement on the occasion of the World Suicide Prevention Day, Dr Osei said “we are calling on government and all other related bodies particularly private individuals and philanthropists to come on board to help deal with the challenges of suicide in the country.

“…we call on the government to resource the Mental Health Authority particularly to be able to conduct baseline research on suicides in the country. This, we believe will help to fully appreciate the extent to which suicides are hurting our economy and inform the type of policy and interventions required to deal with these numbers.”

Below is the full statement

A year ago this day, the Mental Health Authority together with the Ministry of Health and several other stakeholders were all over various media platforms, groups and institutions including social bodies such as churches, mosques and other social groupings to discuss and look at ways of working together to prevent suicide in our society.

Its 2019, and we are talking about suicide prevention again. This is because after the supposed awareness creation campaigns carried out in 2018, we have still lost a good number of our citizens to suicide, the most recent one, a final year medical student who could not cope with having to retake his final exams again. Every day, we lose many lives to suicide, and many more are profoundly impacted by their deaths. The mental Health Authority and all who have been involved in the campaign to prevent suicide in Ghana recognize the numerous people in our communities who have to live with the challenges of suicidal ideation, and those who have lost loved ones through suicide.

The WHO has shown that a person dies every 40 seconds by suicide worldwide, with 25 more people making an attempt at suicide. This puts the data of persons dying averagely per year to suicide at approximately 800,000 and Ghana has its fair share of this number. The consequence of this phenomenon is the many more people who are left bereaved by suicide or have been close to someone who has made an attempt. Every life lost represents someone’s partner, child, parent, friend or colleague. For each suicide approximately 135 people suffer intense grief or are otherwise affected. This amounts to

108 million people per year who are profoundly impacted by suicidal behaviour. These people often go through a life changing experience which when not properly dealt with, leaves such deep scars with them for the rest of their lives that impact on the quality of life of these persons and their contribution to national economic growth.

This is why once again, we are back a year on to commemorate World Suicide Prevention Day and under the same theme as last year’s “working together to prevent suicide”. We now have more than ever, that responsibility to encourage every Ghanaian to engage with each other and to join together to spread awareness of suicide prevention.

Suicide is the result of a convergence of genetic, psychological, social, cultural and other risk factors, sometimes combined with experiences of trauma and loss. People who take their own lives represent a heterogeneous group, with unique, complex and multifaceted causal influences preceding their final act. Such heterogeneity presents challenges for suicide prevention experts. These challenges can be overcome by adopting a multilevel and cohesive approach to suicide prevention. Preventing suicide is often possible and you are a key player in its prevention! You can make a difference – as a member of society, as a child, as a parent, as a friend, as a colleague or as a neighbour. There are many things that you can do daily, and also on World Suicide Prevention Day to prevent suicidal behaviour. You can raise awareness about the issue, educate yourself and others about the causes of suicide and warning signs for suicide, show compassion and care for those who are in distress in your community, question the stigma associated with suicide, suicidal behaviour and mental health problems and share your own experiences.
The Mental Health Authority has over the past year observed the increased reportage on suicide in the dailies and other social media networks in the country. We are touched by these occurrences and commiserate with the families and loved ones of these persons who, for some reason, have had to suffer death because they found no help during their time of deep pain and difficulties.

As an Authority, we have maintained that every act of suicide in our society that has been completed, has been a call for help by these persons that was not heeded to by the community in which they live and by the institutions and bodies that have a responsibility to ensure that such persons find help in their most vulnerable times.

The increased reportage may be a reflection of the increasing awareness of mental health in the country and the fact that we are breaking away from the arcane identity of suicides in our culture. It points to the realization that Ghanaians are now beginning to appreciate and understand suicides as more of a public health issue, rather than the perceived moral weakness or religious infraction that we have erroneously assumed it to be. It is also a reflection that awareness creation activities that are carried out on days like today are yielding results, particularly on the media front, and we acknowledge our allies in the media space for a great work done to this end.

This however, is not to imply that the causative factors of suicides in the country have minimized or been dealt with. In fact, the economic challenges in nations across the world and especially in our nation here, coupled with the weaknesses in our social systems contribute significantly to the decline in mental wellbeing of our populations. There is enough evidence that persons who are unable to cope with the economic challenges on a daily basis have persistently ranked very high on a dataset the Authority has been collating from calls coming in on the temporary lines it put out to the general public as suicide and mental health emergency helplines.

To this end, we are calling on government and all other related bodies particularly private individuals and philanthropists to come on board to help deal with the challenges of suicide in the country.

First of all, we call on the government to resource the Mental Health Authority particularly to be able to conduct baseline research on suicides in the country. This, we believe will help to fully appreciate the extent to which suicides are hurting our economy and inform the type of policy and interventions required to deal with these numbers.

Secondly, we call on all institutions, particularly the publicly mandated institutions to deal with issues of suicides, attempted or completed, to collaborate in effectively giving meaning to the fight against suicides. These institutions which have the responsibility of collecting and organizing data on suicides include the police service, hospitals, mortuaries etc.

Again we call on benevolent organizations, CSOs and the general public to support the fight against suicides in Ghana by donating towards research in suicides, annual financing of toll free activation with the Telcos and to support persons who are referred to clinical psychologists and psychiatrists, through their therapies and medications when required.

The Mental Health Authority at this time commends all stakeholders who have helped in advocacy to continuously create awareness in mental health throughout the country. We also commend and continue to encourage the media to show greater interest in mental health issues including suicides. Such reports keep reminding the populace of the impending dangers that our nation faces, as it continues to lose a good number of its productive youth to suicides.

We trust that the media, through its agenda setting role, is able to put mental health issues at the fore front of public discussions, so as to give these silent but biting issues the necessary attention and priority that a nation like Ghana should be giving to suicides and mental health.