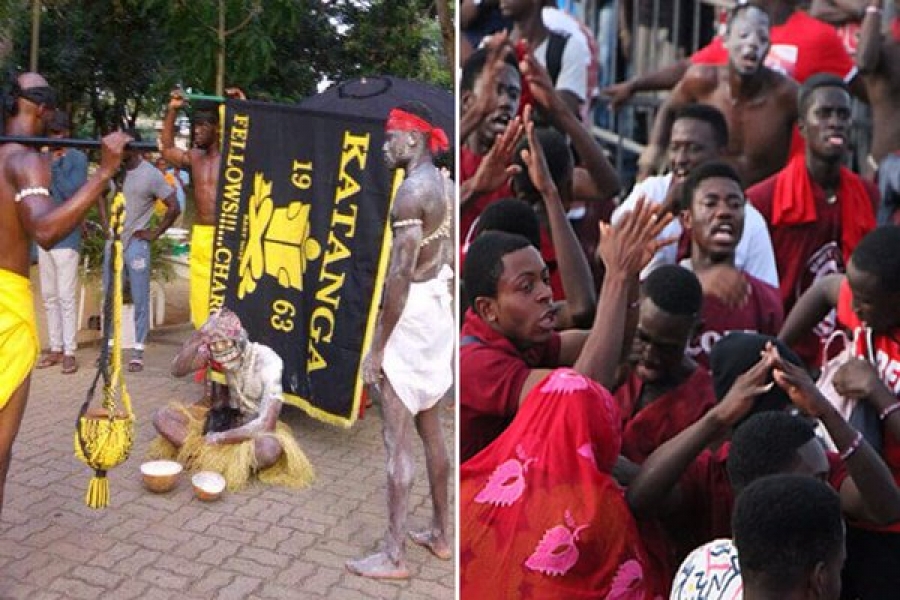 Alumni of University Hall (Katanga) of the Kwame Nkrumah University of Science and Technology (KNUST), has hailed government's backing for the hall to remain an all-male hall.

The government through the Minister for Education Dr Matthew Opoku Prempeh urged the management of the University to revert their decision to make Katanga a mixed hall.

The Katanga Alumni in a statement said: “We are grateful to the President of the Republic of Ghana, the Chancellor of KNUST, the University Council, the Minister of Education and the entire government for their unambiguous reiteration of the position of government on this matter that University Hall (Katanga) remains male-only hall.”

The statement added that “We look forward to further instructions from the University Council, working in concert with the Chancellor and other stakeholders for the immediate restoration of the University Hall to it's established and deserved status.” 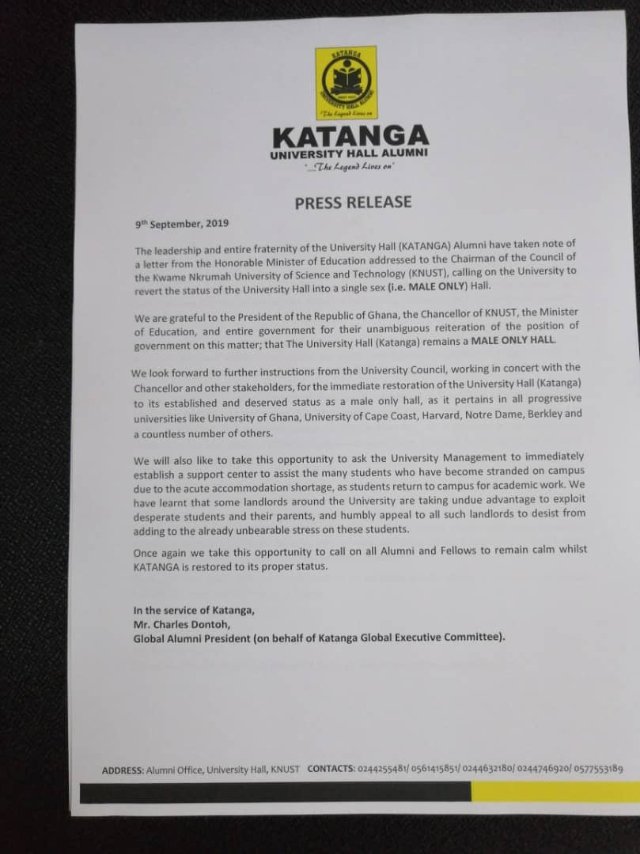 The Management of KNUST picked intelligence last week that students were preparing to ignite last year’s protest which saw a temporary shutdown of the university.

Last year students demonstrated for the reversal of University hall, which had been made mixed hall, to its original all mall status.

Responding to the simmering tensions, which led to the arrest of two old students, the Registrar of the University, Kwasi Boateng in a public statement called for calm.

Mr. Boateng said the management is not oblivious of concerns raised as a result of the conversion but added the university was studying a committee report on the development.

He promised to implement the findings of the committee soon as that is done.

But that was not to be as the government announced its position on the development.

Meanwhile, the alumni have vowed to challenge the Otumfuo Asantehene Osei Tutu II should he endorse the conversion of Katanga Hall into a mixed hall.