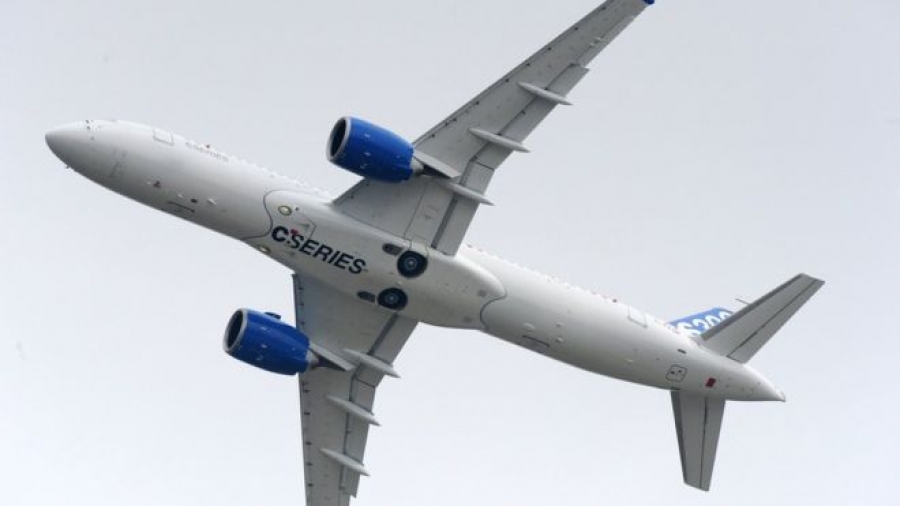 Prime Minister Theresa May has phoned US President Donald Trump over a threat to jobs at Bombardier in Belfast from a trade dispute.

In 2016, Canadian firm Bombardier won an order to supply up to 125 CSeries passenger jets to US airline Delta.

The wings for the CSeries are made at Bombardier's Belfast plant.

However, rival aircraft firm Boeing has complained to the US authorities that the deal was unfairly subsidised by the Canadian state.

Boeing has also complained about a UK government loan made to the Bombardier plant in Belfast.

The US Department of Commerce is due to make a ruling later this month.

It could hit Bombardier with punitive tariffs.

Tariffs could make it very difficult for Bombardier to find new CSeries customers in the US.

The CSeries project supports hundreds of jobs in Belfast.

A spokesperson said the government "is working tirelessly to safeguard Bombardier's operations and its highly skilled workers in Belfast".

"Ministers across government have engaged swiftly and extensively with Boeing, Bombardier, the US and Canadian governments," they said.

"Our priority is to encourage Boeing to drop its case and seek a negotiated settlement with Bombardier."

The spokesperson said Mrs May raised the issue and her concern to protect jobs in Northern Ireland in a call with President Donald Trump last week.

Bombardier managers in Belfast are also understood to have recently briefed trade unions about the importance of the case.

Boeing has alleged that Bombardier engaged in "price dumping" by agreeing to sell 75 of their planes for almost $14m (£10.6m) below their cost price.

The company said it had appealed to the International Trade Commission "to restore a level playing field in the US single-aisle airplane market".

"Boeing had to take action as subsidised competition has hurt us now and will continue to hurt us for years to come, and we could not stand by given this clear case of illegal dumping," it said in a statement.

"Global trade only works if everyone plays by the same rules of the road, and that's a principle that ultimately creates the greatest value for Canada, the United Kingdom, the United States, and our aerospace industry."

It also pointed out that the Delta deal came after the regional government in Quebec effectively bailed out the CSeries programme with a $1bn investment.

"Equity infusions from government coffers not only rescued the program but have given Bombardier the resources it needs to aggressively target the US market," it said.

Bombardier has described the allegations as "absurd" and said the government investments "comply with the laws and regulations in the jurisdictions where we do business".