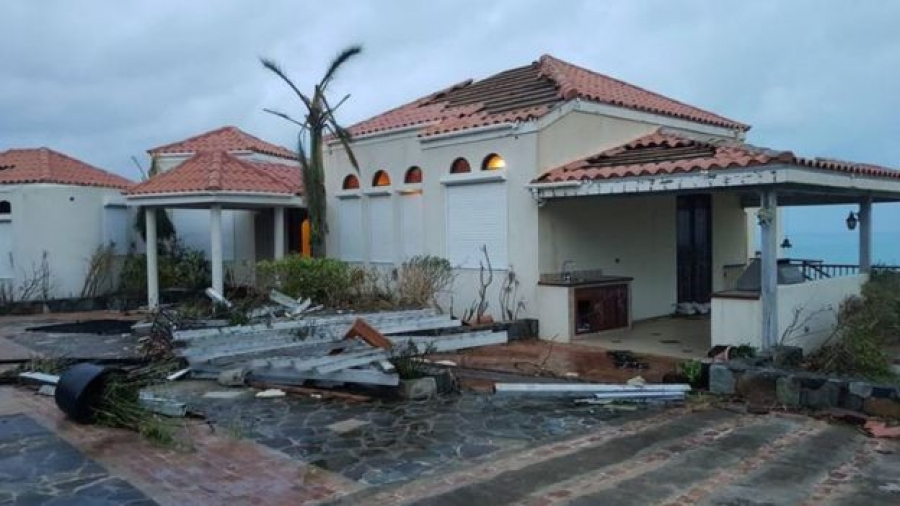 A state of emergency has been declared in a British Overseas Territory hit by Hurricane Irma in the Caribbean.

British Virgin Islands governor Gus Jaspert said there were reports of casualties and fatalities, and help had been requested from the UK.

One resident said it had been "terrifying" and there was "total devastation".

The UK government has increased the relief fund for British overseas territories from £12m to £32m.

Irma passed over the British overseas territories of Anguilla, Montserrat and the British Virgin Islands (BVI) on Wednesday night - and went on to batter the UK islands of Turks and Caicos further north on Thursday evening.

The first British military flight to join the relief effort will leave RAF Brize Norton later, carrying troops, rations and water - amid criticism that the UK "did not respond" quickly enough to the disaster.

The BVIs are a collection of 40 islands and islets with a population of more than 30,000 - Tortola is one of the largest, home to more than three quarters of the population.

Briton Emily Killhoury has lived on Tortola with her husband Michael and their two children, aged nine and 10, for five years.

She told the BBC her family bunkered down in a closet when the storm hit.

"Our downstairs doors suddenly blew out, which was terrifying. We just stayed hiding," she said.

"We eventually emerged at about 7pm to see total devastation. Everybody is shocked, but trying to be practical."

Sir Richard Branson, who refused to leave his private retreat of Necker Island in the British Virgin Islands (BVI), said his island and the whole area has been "completely and utterly devastated".

In a blog published by his team, Sir Richard said his team were safe and well after taking shelter in his concrete wine cellar, but he added: "I've never seen anything like this hurricane".

"We are still assessing the damage, but whole houses and trees have disappeared.

"Outside of the bunker, bathroom and bedroom doors and windows have flown 40 feet away.

"I'm speaking these words from a satellite phone that is just about working, but all other communications are down."

In a message to the UK Foreign Office, BVI governor Mr Jaspert said: "I come to you with a heavy heart after experiencing and observing the extent of devastation caused by Hurricane Irma.

"After consultation with the premier, I have declared a state of emergency for the territory.

"Radio and other communication channels are extremely limited. And so I am reaching out with this message via any channel possible.

"Please do pass it on by any means accessible to you."

The howling winds and rough seas went on to batter the low-lying British territory of Turks and Caicos on Thursday night, ripping off roofs, flooding streets, snapping utility poles and causing a widespread black-out on the main island of Grand Turk.

At least one death has been reported on Anguilla, according to local officials.

British territory Montserrat was "swiped" but the damage was not as bad as first thought, Sir Alan said.

Prime Minister Theresa May said on Wednesday that the government had responded "swiftly" to the disaster.

But former UN head of humanitarian relief Baroness Amos said: "We are now a couple of days in and I think people are feeling Britain did not respond quickly enough given we know that it is hurricane season."

The Royal Navy ship RFA Mounts Bay reached Anguilla on Thursday afternoon and remains in the area, and HMS Ocean is being sent from the Mediterranean but is not expected to arrive for another two weeks.

International Development Secretary Priti Patel said "world-leading humanitarian experts" as well as 200 shelter kits had been sent to the region as part of the UK's response.

Hurricane Irma has caused widespread destruction across the Caribbean, reducing buildings to rubble and leaving at least 14 people dead.

The Queen said she and the Duke of Edinburgh had been shocked and saddened by reports of the devastation.