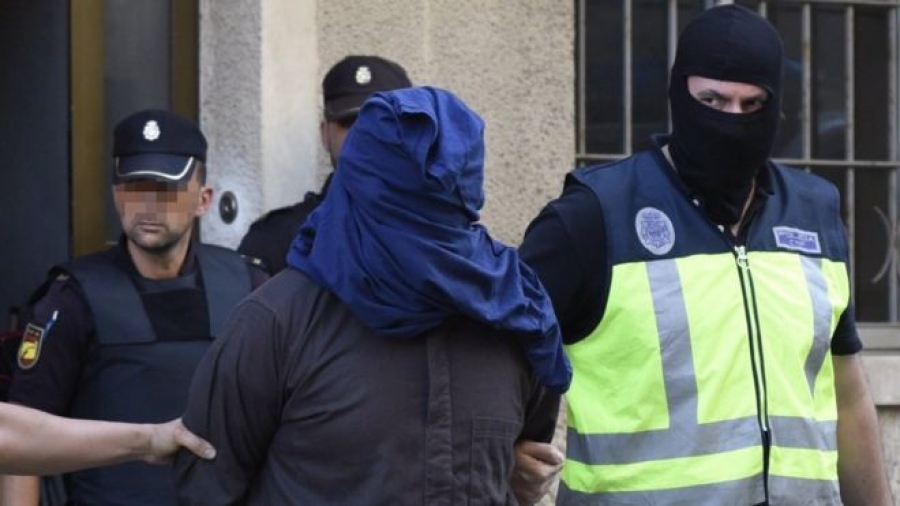 Four men have been arrested on Majorca and two more in the UK and Germany as part of a Spanish investigation into support for so-called Islamic State, police say.

The suspects are said to have produced and spread violent videos to recruit would-be jihadist fighters online.

One was a 44-year-old man from Birmingham, described by Spanish officials as a Salafist imam.

He was held in the city's Sparkhill area under a European Arrest Warrant.

West Midlands police said he was arrested on suspicion of terrorism offences and would appear at Westminster Magistrates' Court later.

Police in western Germany said they had detained a 28-year-old Spanish national in Dortmund, emphasising there was no indication of any planned attack in Germany itself.

The Spanish investigation dates back to 2015 when a series of videos were posted online showing how a young Muslim in Spain was indoctrinated, recruited and eventually sent to fight in Syria.

Spanish authorities said the Salafist preacher based in Birmingham was known to European police and intelligence and they alleged he had travelled to Palma de Mallorca to steer the jihadist cell.

The group was based in Majorca and organised secret weekly meetings aimed at recruiting young people to travel to conflict zones to fight, the Spanish interior ministry said.

It added that Spain had arrested 178 "jihadist terrorists" since June 2015.