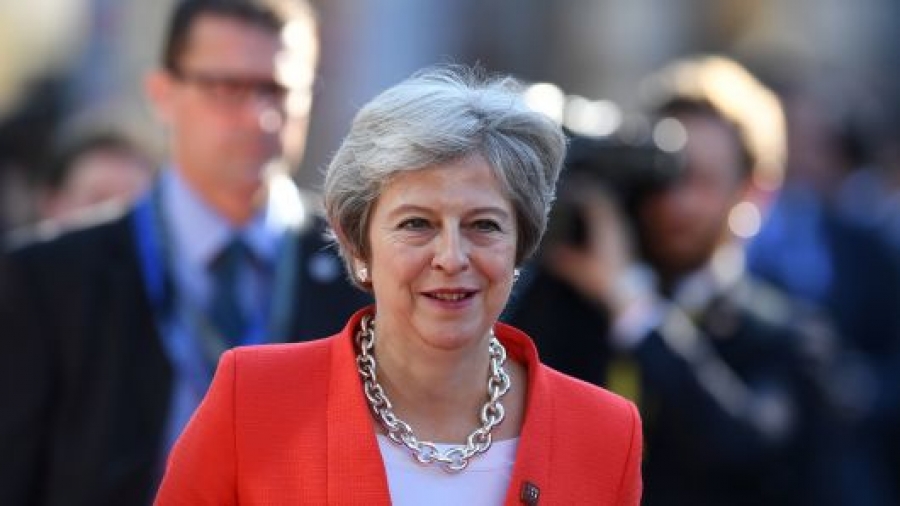 'Nobody will be satisfied': What European leaders are saying as Brexit talks drag on Featured

Regret that the U.K. is leaving the European Union and warnings that time is running out to get a Brexit deal typified European leaders' analyses of how negotiations are proceeding.

Arriving for an informal EU summit in Salzburg, Austria, on Thursday, at which Brexit and migration are the main talking points, European leaders gave their verdicts on the talks, which have made little concrete progress in recent weeks and months.

On the eve of the summit on Wednesday, U.K. Prime Minister Theresa May — looking vulnerable amid Brexit infighting among politicians at home — addressed her EU counterparts and called on them to compromise.

The border between Ireland and Northern Ireland remains the biggest obstacle to a Brexit deal. While both the EU and U.K. want to avoid a "hard" border on what will become the EU's only land border with the U.K. post-Brexit, differences remain over how to achieve that.

Here's what EU leaders arriving at the Salzburg summit had to say about the current state of Brexit talks.

"Time is running short… Ireland is a country that obviously wants to avoid a no-deal scenario and we want to avoid a no-deal Brexit, but we are preparing for that. We are hiring extra staff and officials, putting in IT systems, we're ready for that eventuality should it occur. But I think we need to redouble our efforts over the next couple of weeks to make sure that we have a deal."

He said, ideally, the deal would "involve the withdrawal agreement — providing for the U.K. to leave with a transition period, a protocol on Ireland and Northern Ireland making sure that under all circumstances there won't be a 'hard' border and a joint political declaration outlining what that new relationship is going to look like."

"We have very clear principles regarding the integrity of the single market and regarding precisely the Irish border," French President Emmanuel Macron told reporters at the summit in Salzburg, Reuters reported.

"We need a U.K. proposal precisely preserving this backstop in the framework of a withdrawal agreement."

"At the same time, when the U.K. leaves, we still have an internal market of over 400 million people and (we are) the most successful trading bloc in the world's history."

"In my opinion there shouldn't be any Brexit, but if there is one we must make an agreement that will satisfy all of us — well, nobody will be satisfied, but (it's important) we achieve a compromise."

"We have to find a solution, we have to find some compromise," he told CNBC. "We got a statement yesterday so we understand the political situation in the U.K. but we'll see, we'll discuss it now …. For Europe, it's a very bad situation that the U.K. is leaving."

"May's summit presentation (Wednesday evening) was interesting… It was polite, it was not aggressive. She is doing her job."

German Chancellor Angela Merkel did not stop to talk to reporters.

The main stumbling block in talks so far has been the question of the Irish border with the U.K.

Neither the U.K. nor the EU want to see a "hard" border in Ireland — something that could damage not only the Irish and Northern Irish economies but the region's hard-won peace process — and maintaining the free movement of goods and people between Ireland and Northern Ireland is seen as crucial.

But how to maintain this frictionless trade and movement once the U.K. (including Northern Ireland) leaves the EU is divisive.

In addition, there are skirmishes in the U.K. government as to what the country's relationship with the EU, post-Brexit, should look like and how closely aligned it should stay.

May has faced a backlash from politicians advocating a "hard" Brexit for her plans that envisage the U.K. remaining aligned to the EU in terms of trade rules and a frictionless border between Northern Ireland and Ireland.

While the EU also wants to avoid a "hard border," it wants to secure what will become its only land frontier, in EU member Ireland, with the U.K. It has suggested Northern Ireland remains a part of an EU customs union — this has been rejected by the U.K. and unionist politicians in Northern Ireland.

On the eve of the summit, May addressed leaders at a dinner and called on the EU to "evolve" its stance on Ireland. The summit's host, Austrian Chancellor Sebastian Kurz, said both sides needed to compromise.

No final decision on a deal is expected Thursday, with an extraordinary Brexit-only summit expected in mid-November.